Like a lot of Romantic lyric poetry, Samuel Taylor Coleridge’s ‘Fears in Solitude’ is about a lone, thoughtful speaker-poet in a peaceful “green and silent spot”. But Coleridge was writing, as the poem’s subtitle tells us, “in April 1798, during the alarm of an invasion”. Britain had been at war for years and the papers were full of rumours of a French attack.[1] An awareness of this, and of other horrors around the world, constantly intrudes on the “calmness” of his isolation in the Quantock hills:

My God! it is a melancholy thing

For such a man, who would full fain preserve

His soul in calmness, yet perforce must feel

For all his human brethren – O my God!

It weighs upon the heart, that he must think

What uproar and what strife may now be stirring

This way or that way o’er these silent hills –

Some of Coleridge’s contemporaries attacked ‘Fears in Solitude’ as defeatist. More recently it has been read as a poem of hesitant patriotism: it calls on Britons to “Stand forth! be men! repel an impious foe”, and ends by shaking the speaker out of the “bodings that have well-nigh wearied” him, reminding him of the beauty of the English landscape and the nearby presence of his friends and family. Yet other readers have noticed that this conclusion doesn’t entirely overcome the feelings of dread which dominate the rest of the poem; like the speaker, we might still be distracted from the pastoral, cosy closing scene by the sheer weight of the grief and uncertainty which went before. The middle stanzas track Coleridge’s stream of consciousness as he frets, rages, and analyzes everything from the possibility of French invasion to state propaganda to atheism, the syntax and meter of the lines breaking down to suggest a rising panic – or, as the poet Algernon Swinburne put it in 1875, as Coleridge “wails, appeals, deprecates, objurgates in a flaccid and querulous fashion”.[2]

Swinburne meant that as a criticism, but this uncomfortable, unheroic passivity might also be what makes the poem feel most modern. Mary Favret argues that Coleridge’s lifetime saw the emergence of the now familiar experience of being helplessly distant from events which nevertheless overwhelm you via text – that is, the experience of being at home, reading the news.[3] For Coleridge, it was the newspapers which brought relentless updates, horror stories and speculation flooding into his rural isolation, but today it’s not difficult to imagine his speaker sitting alone among the “green and silent” hills, compulsively checking his phone. Perhaps, then, the poem is about Coleridge’s “solitude”, that huge but fragile distance between himself and “all his human brethren” which is threatened literally and imaginatively by the world’s violence and pain. Isolation offers Coleridge both peace and a space for reflection – it’s how his “heart / Is softened, and made worthy to indulge / Love, and the thoughts that yearn for human kind” – and a potentially paralyzing state of distraction and anxiety.

[3] Mary A. Favret, War at a Distance: Romanticism and the Making of Modern Wartime (Princeton: Princeton University Press, 2010). 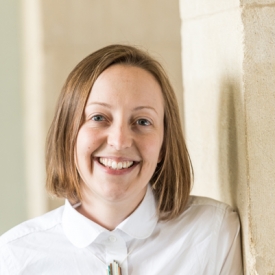