Michèle Mendelssohn was born and raised in Montréal, Canada. After completing a first degree in English Literature and Liberal Arts at Concordia University, she spent a year doing research in German and American literature at the University of Heidelberg as a German Academic Exchange Service (DAAD) Fellow. Michèle completed her M.Phil. (First) and Ph.D. at Cambridge University (King’s College). She was also a Fulbright Scholar and Departmental Associate in the English Department at Harvard University. Prior to joining Oxford’s English Faculty in 2009, she taught at Edinburgh University, Boston University, Harvard, Cambridge, and Heidelberg. In 2009, she was Obert C. and Grace A. Tanner Visiting Research Fellow at the Humanities Center of the University of Utah. In 2010 and 2011, she was awarded a Leverhulme Trust Research Fellowship and a short-term Research Fellowship in African American History and Culture at Emory University. She is on the board of English Literature in Transition, 1880-1920 and Canadian Review of American Studies. She reviews for Modernism/ modernity, Henry James Review, Victorian Review, Review of English Studies, and others. In addition to her scholarly work, she has written for The New York Times and The Guardian, and been interviewed in The Scotsman, as well as on CBC radio. She is convenor of the Victorian period group, and co-convenor of the American Literature Research Seminar. She is co-organising the Alain Locke in the 21st Century Symposium on 12-13 October 2012.

I have four book projects in progress. The first, Going 'Wilde', tells the untold story of Oscar Wilde's 1882 lecture tour in the United States. Using new materials, it retrieves a lost episode in literary and cultural history. The second book examines the legacy of 19th century British decadence for early 20th century African American artists and writers, especially during the Harlem Renaissance. I am working on two other co-edited volumes: one on contemporary critical approaches to English literature, and another on contemporary British writing. Henry James, Oscar Wilde and Aesthetic Culture (Edinburgh UP and Columbia UP, 2007) 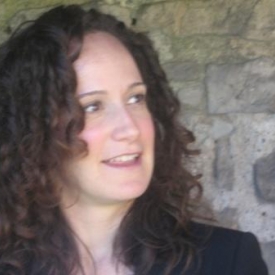