Please see below just a couple of examples of Mansfield's most recent press coverage: 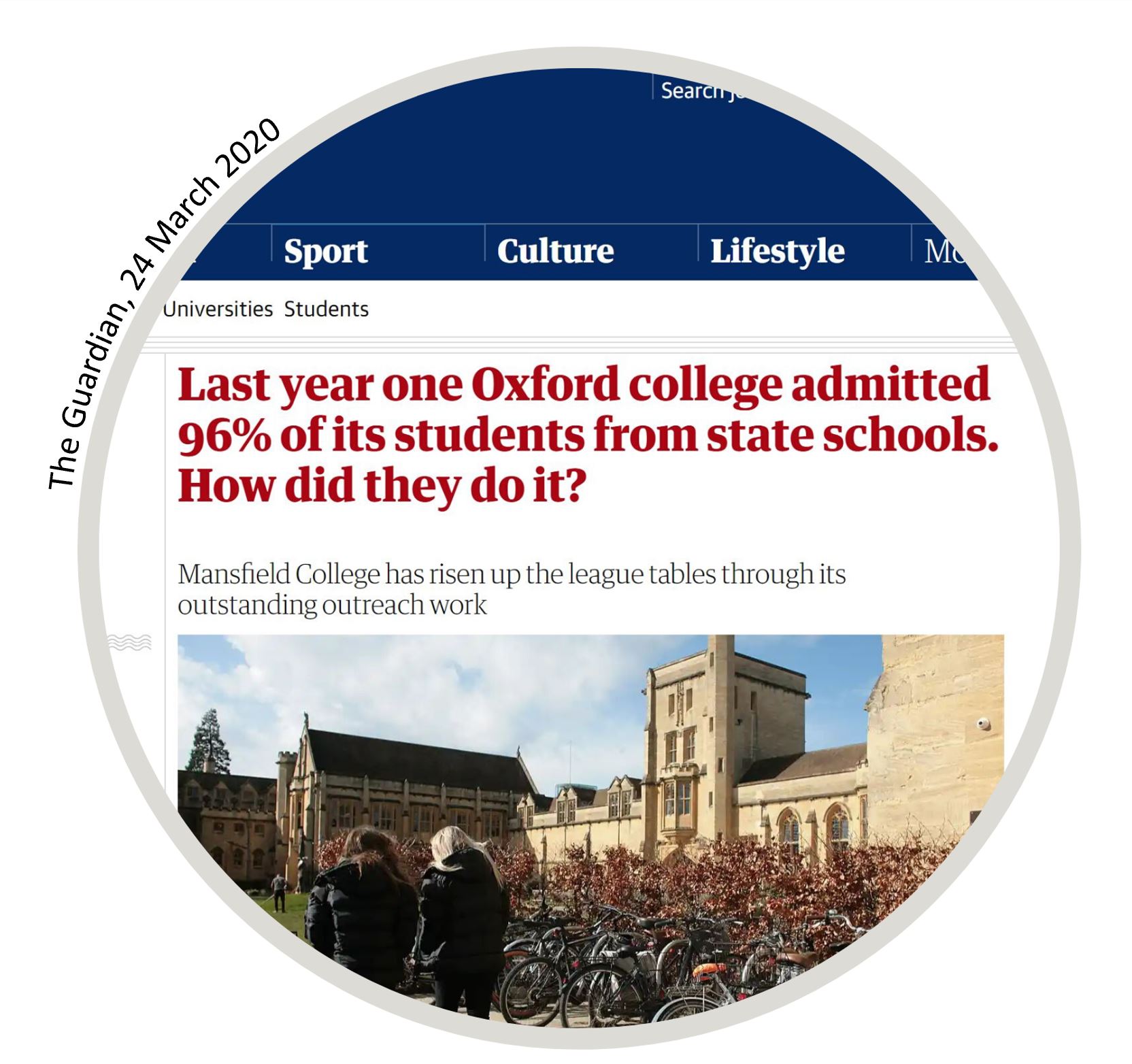 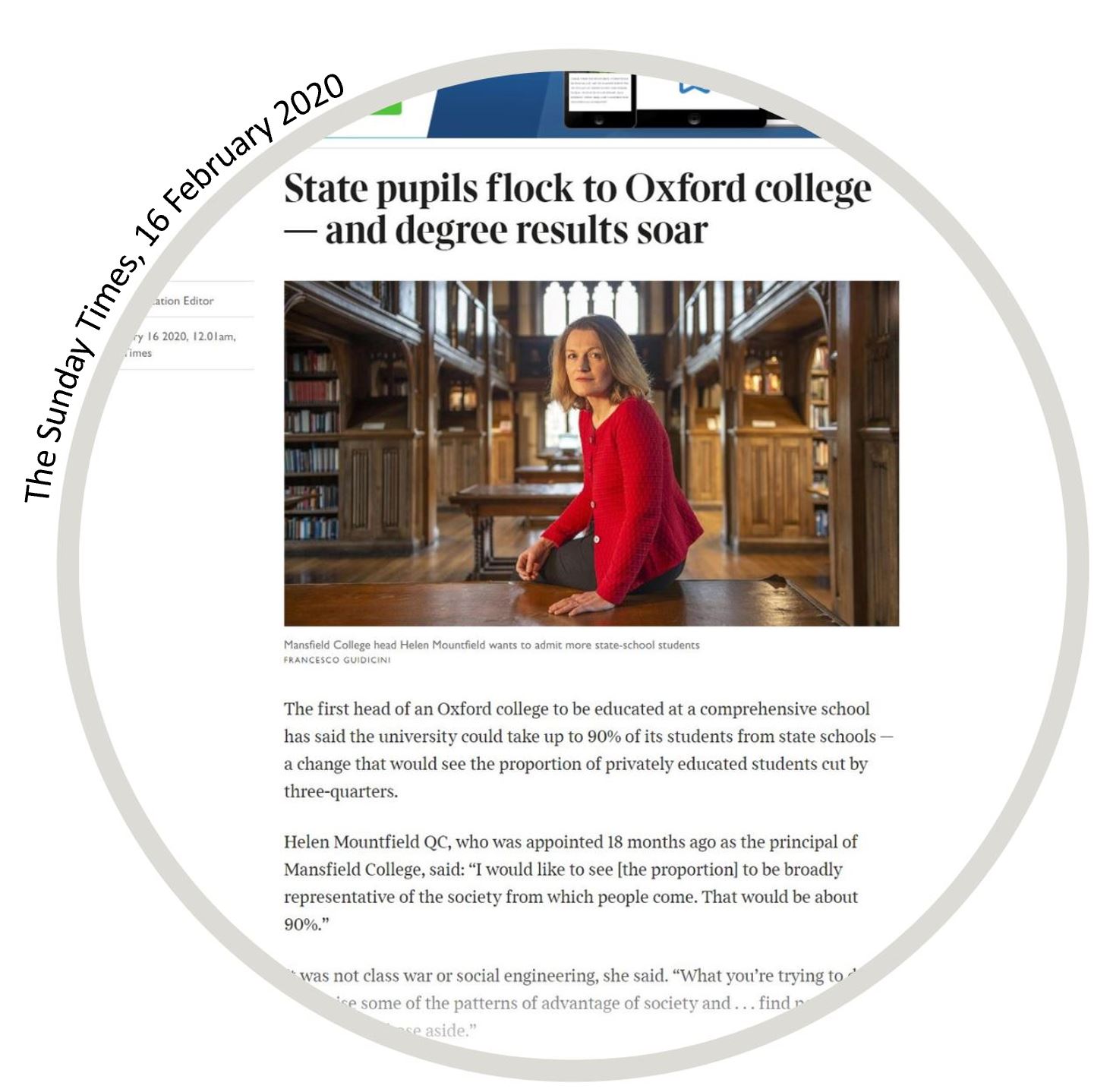 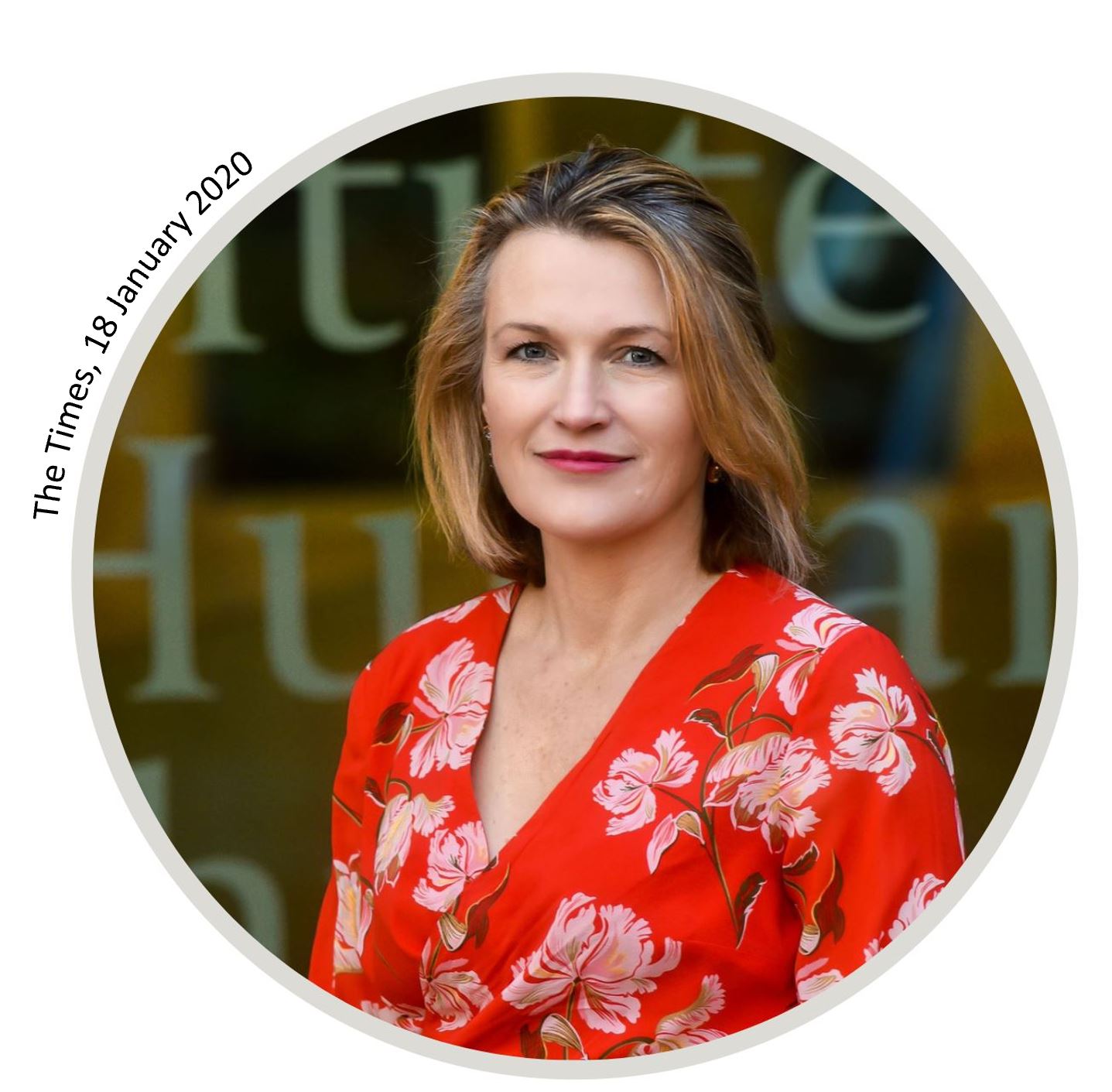 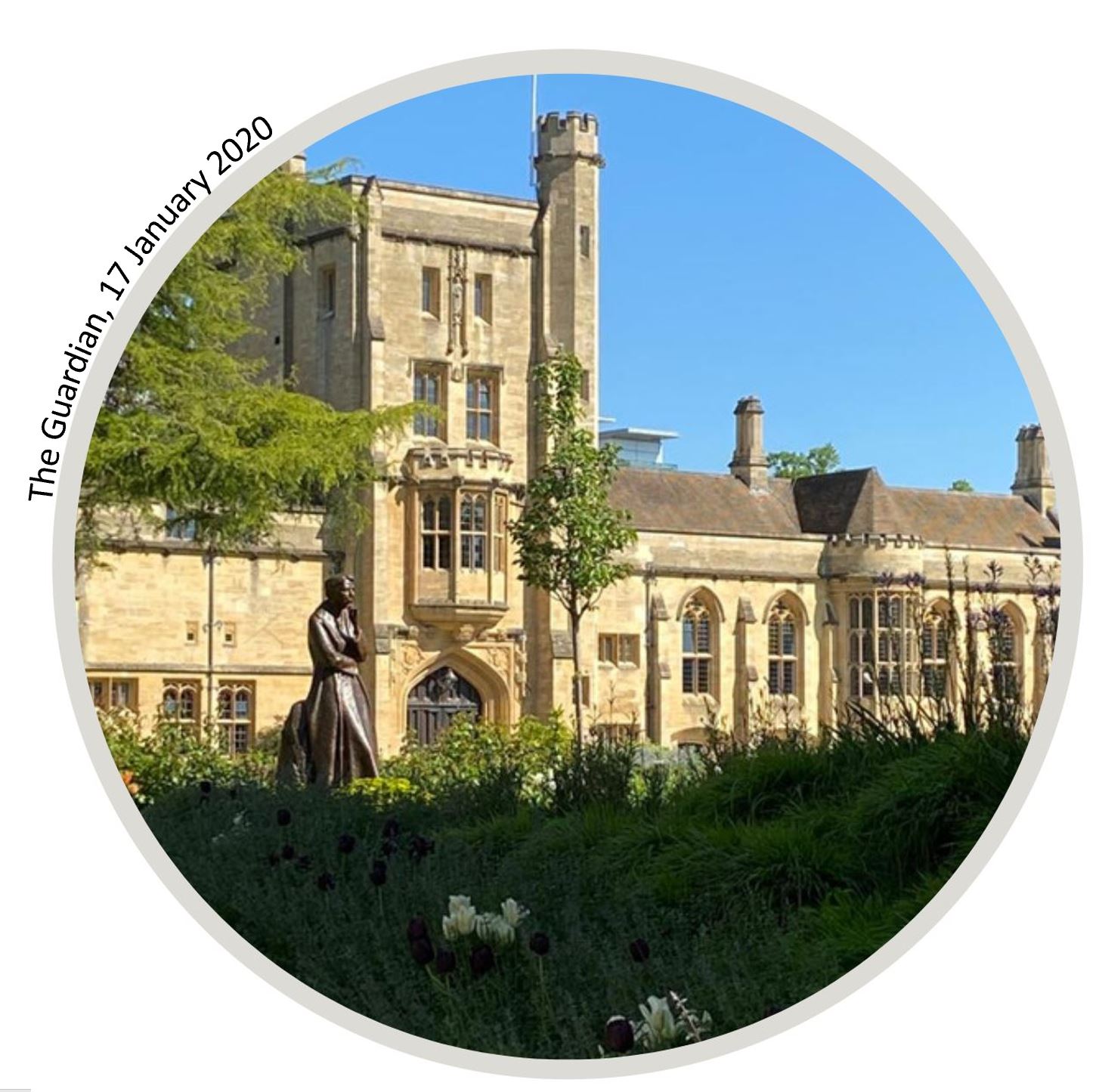 Mansfield College opened in Oxford in 1886. Its original purpose was to provide further education and theological training for nonconformist ministers. Today Mansfield offers a wide range of subjects and its population is made up of 240 undergraduates, 180 graduates, 40 visiting students. In recent years, over 80% of Mansfield's UK undergraduates have been from the state sector - the highest percentage of any Oxford college. Mansfield’s first year intake for 2018/19 was 95% state sector, compared with an average of around 60% for all colleges. Mansfield has always been proud to welcome to Oxford people traditionally excluded from excellent higher education, and – in conjunction with the Bonavero Institute of Human Rights – to stand up for equal dignity, respect and rights for all.

Principal Helen Mountfield QC joined Mansfield College in September 2018 to become the third female Head of House in a row. Helen is an experienced and award-winning barrister, with over 26 years of expertise in constitutional law, human rights and equality law, including particular experience of the higher education sector. She has appeared in many cases in the Supreme Court, European Court of Justice and European Court of Human Rights, and recently featured on the ‘First Hundred Years’ website, which celebrates the history of women in law. Helen is a founder member of Matrix Chambers, an accredited mediator, a Master of the Bench of Gray’s Inn, a Recorder and a deputy High Court Judge.

Helen also plays an active role in public policy. She was co-chair, with Tom Watson MP, of the Independent Commission on the Future of Work in the Digital Economy; a member of the Royal Society of Arts’ Commission on Drugs Policy; and part of the Disability Rights Commission’s review of barriers to access to the professions. She is a trustee of the Institute for the Future of Work, the Equal Rights Trust and the National Campaign for the Arts, and has been a school governor.

In 2020 Mansfield will celebrate two decades since the launch of the college's highly successful Access to Excellence Campaign, launched by Professor David Marquand, Principal at Mansfield from 1996-2002. This initiative was built on what was felt to be a cornerstone of Mansfield's mission as a College: to make an Oxford education available to all those clever and hard-working enough to benefit from it, regardless of educational background.

We are happy to help with any press requests for information, photographs, visits or interviews.