The small Micronesian island of Yap is both geographically and economically isolated. Historically, the Yapese did engage in trade with other islanders, but it happened infrequently and Yap did not have close cultural links with its trading partners. Under this near-isolation, around two centuries ago the Yapese developed an innovative exchange system that comes surprisingly close to how money is used today.

While the Yapese used pearl shells as everyday currency, the island lacked the materials that people could use to make coins of greater value, such as durable rock or precious metals. So, the Yapese travelled hundreds of kilometres across the sea to Palau, where they carved large limestone discs (called rai) from quarries. These discs varied in size, from a few inches to twelve feet in diameter, and the largest required many men to lift. To make the discs easier to transport, the Yapese carved a hole into the middle of each disc so a rope or wooden pole could be used to carry it.

The quarrying and transport of rai was an important economic activity. According to one estimate, in the late 19th century, over 10% of adult men were involved in these expeditions (Bryan, 2004). Village chiefs acted like today’s central bankers, controlling the number of expeditions and quantity of rai in circulation. Village chiefs were also responsible for determining the value of each rai (in terms of pearl shells), which not only depended on its size but also the difficulty involved with obtaining it. For example, rai that involved greater risks when quarrying or were cut using shell tools and transported by canoes were valued more highly than similarly-sized rai that were cut using iron tools or transported by Western ships. Rai that were very costly to obtain were even given names, such as the village chief’s name or the name of the canoe that transported it.

The value of each rai was never written down, but was instead kept in collective memory, passed down from generation to generation by tribal elders. Each rai has its own unique story that is also part of the oral history, detailing the relationships and transactions involving it. These stories help rai retain their value even once they become old or broken, making them worth more than comparably-sized newer rai. This common knowledge also makes it impossible for villagers to steal or counterfeit rai, and so large rai that are difficult to move can be publicly displayed around the island, sometimes in a symbolic location, or in “stone money banks” in the village centre.

Rai were exclusively traded within Yap, and the biggest rai were mainly used for large transactions, such as to purchase a plantation, and for conceptual exchanges (celebrating an event or recognising a favour). Like electronic money in modern economies, transactions involving rai do not require physical movement of the currency, only the communication that the currency’s ownership has been transferred. Even though Yap adopted the US dollar as its official currency in 1986, rai are still used in this way today, and continue to be passed down within families from generation to generation.

While Yap’s system of exchange has vastly different features from modern financial systems, both share a common element: trust. Without credibility, social interactions could not take place. And even the most geographically-isolated communities recognise the importance of social interactions. Each individual does not function in isolation, as a self-sustaining “Robinson Crusoe economy”, but instead relies on and benefits from interactions with others. The social distancing measures due to the COVID-19 pandemic have shown just how much we value these interactions, and the worth of a social interaction cannot be entirely measured in terms of money.

Economics is not only about money, it is also about the people who use it and the way they interact. How the economy, the society it is embedded in, and institutions that govern it function in an interrelated manner is what economics seeks to understand. 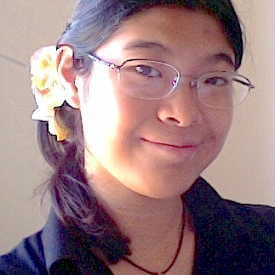