James was born in Lewisham, raised in Kent, and has lived in and around Oxford with his wife Adale and daughter Emmeline (age 4½) since 2016. He graduated with a degree in Philosophy from the University of Exeter, where he spent most of his free time working on the University’s telethon campaigns or on the city’s open mic circuit.

“I am so delighted to have joined the Development team at Mansfield, and am really looking forward to meeting the alumni, students, and academics that make up this inclusive and welcoming community. I’m deeply motivated by diversifying and improving access to higher education, and am really excited to work with my colleagues and our supporters to secure the future of teaching at Mansfield.”

I read a lot of fantasy, and just finished Brandon Sanderson’s The Way of Kings which is the first book in The Stormlight Archive series. It’s a thousand pages long and one of ten books planned for the series, so a bit of a commitment, but if you enjoy the genre I think there are few in the same league as Sanderson when it comes to worldbuilding and storytelling.

Grapes – especially when they’re really cold. It almost feels like cheating that grapes are as good as they are, honestly.

I’d have to pick one inside and one outside, I think. Inside, the Main Court of the Museum of Natural History. The glass roof, the wrought iron, the stonework, it’s a work of art that also functions as a building. Bonus points for being filled with amazing specimens and a real bear that you can actually stroke.

If I’m outside, Addison’s Walk holds a special place in my heart as the place I saw my first kingfisher. No bears, though.

Dogs – I’m in strong agreement with Shane Koyczan who once described heaven as, “a dog, a stick, and some distance”. I did, however, marry a Cat Person. So right now heaven is two absolutely enormous cats; Mustrum and Mort. Pictures are available upon request. 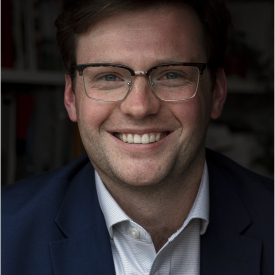