Mansfield Library is undergoing conservation work on its roof and painted ceiling over the summer vacation.

Why is the work being carried out?

The work is largely preventative. Generally speaking, the late-nineteenth century roof is in good condition, but there are localised areas of water damage in the lower parts of the roof. There is also an accumulation of sooty dirt and dust, with the heaviest deposits on the carved elements of the timber roof structure. This build-up has led to the colours of the original painting becoming muted. The conservation work will help to preserve the library roof for the future as well as rejuvenating its appearance. 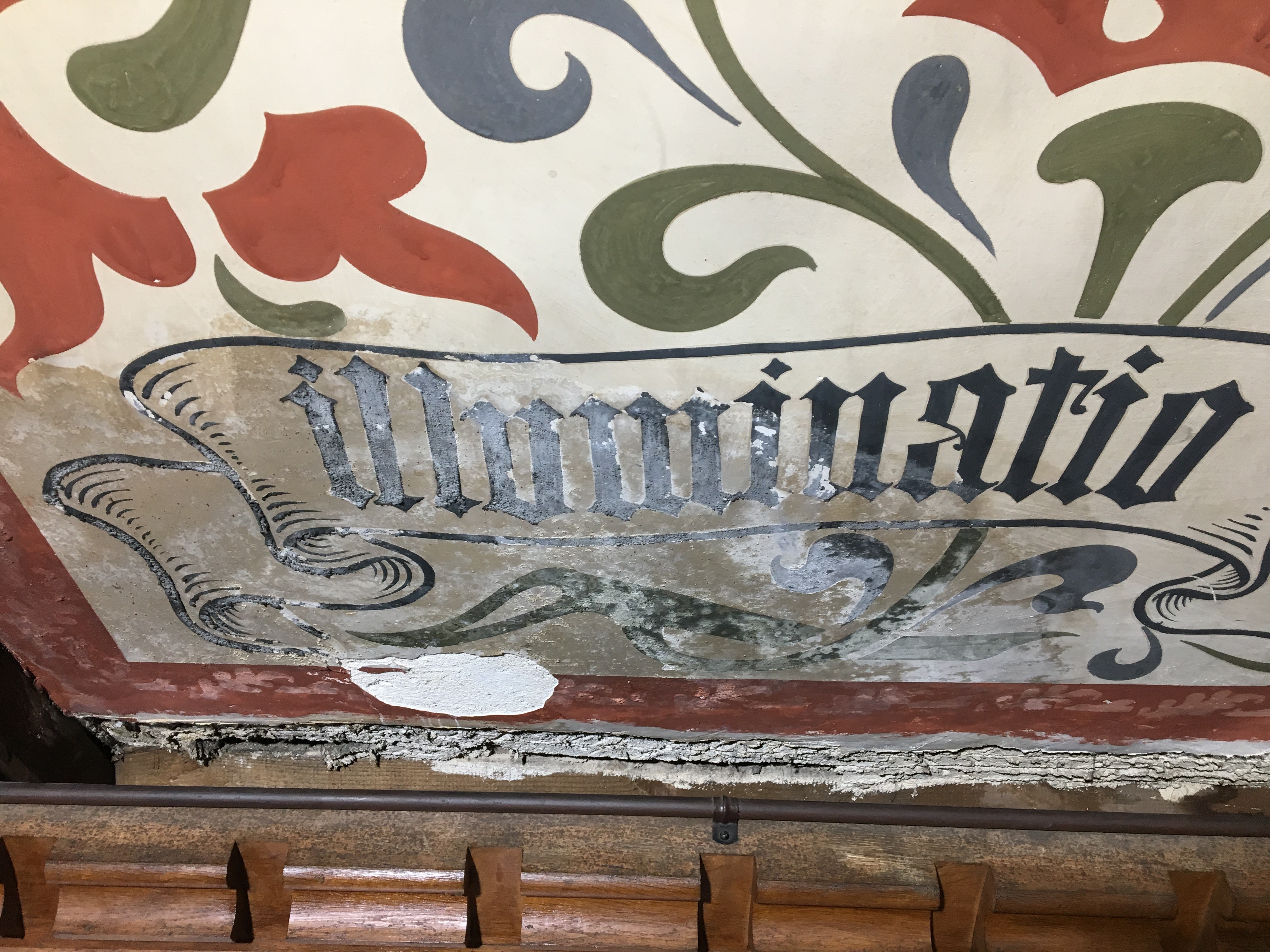 A survey was carried out to determine the condition of the ceiling and to identify areas of deterioration.

The process began with a superficial cleaning of the murals to remove more than a century of accumulated dust and dirt using soft brushes and vacuum extraction. This was followed by further cleaning using self-abraising dry sponges that clean the panels without incurring further water damage.

Areas of flaking paint were laid back onto their original plane using conservation-grade adhesive. After this, any cracks or holes areas were filled with plaster. This ensured that loose areas were stabilised.

The conservators make preserving the original paintwork a priority, but have retouched the design with acrylic in places where there was considerable damage.

Have the conservators found anything of note? 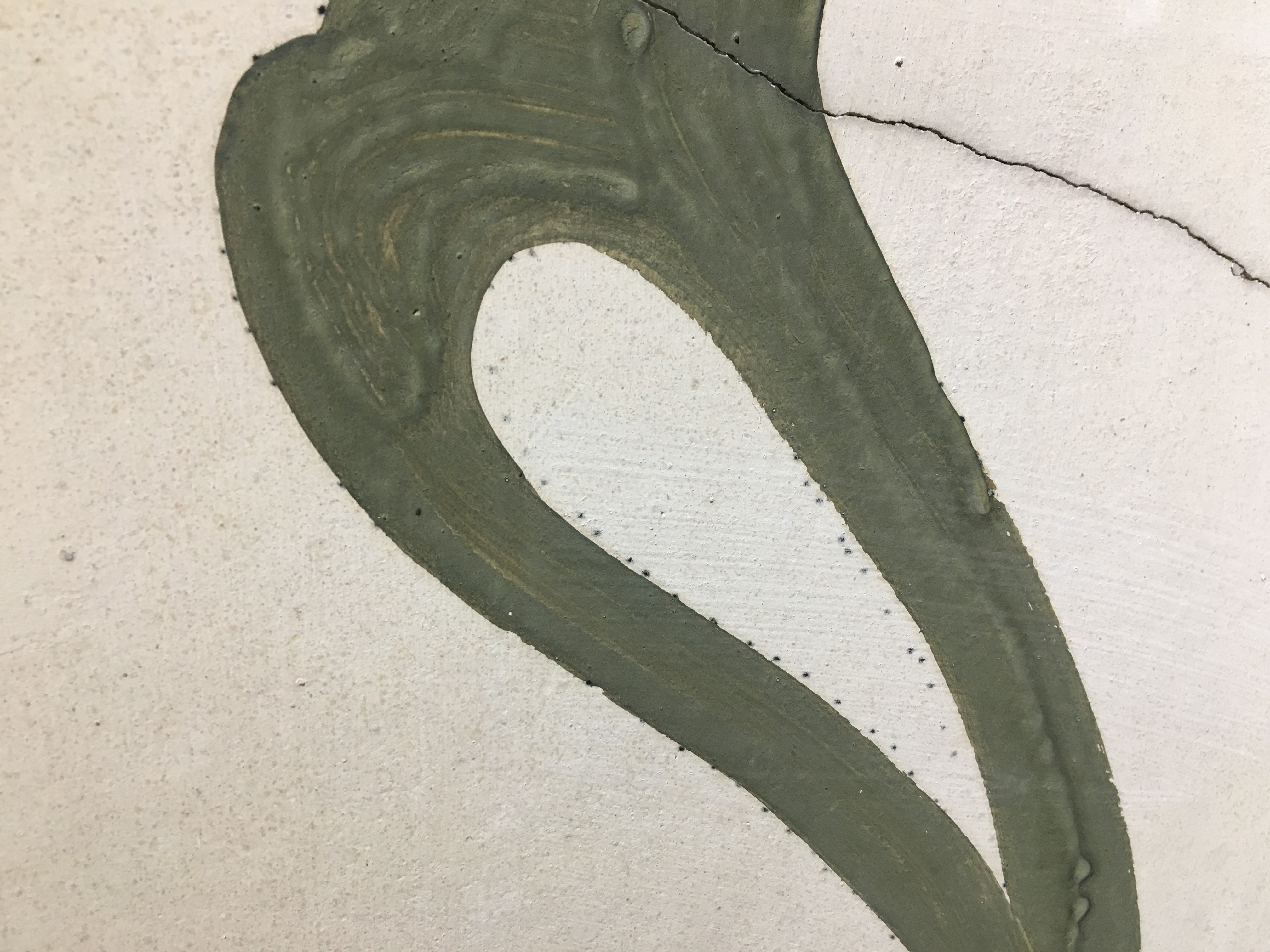 Several interesting discoveries have been made over the duration of the project. The conservators have discovered several pieces of graffiti, including advertising by the local roofing company and Champneys Architects.

One of the most surprising discoveries is that the painted decorations on the Mansfield Library roof are in fact, not stencilled designs, as was previously supposed. Some of the borders may have been painted using this technique but the Arte Conservation team have discovered that the vast majority was actually created by a ‘cartooning’.

Cartooning is a technique where the artist creates a full-scale preparatory drawing. These designs are then transferred to the wall by making pin pricks along the outlines of this drawing. Next, a procedure known as “pricking” or “pouncing” happens, where the artist follows the design with a cloth bag full of pigment. This transfers a mirror image of the composition onto the wall as a series of spots of powder.  With these dot-to-dot guidelines, the artist is able to follow the pattern freely creating a more fluid and expressive form of painting than might have been possible if using a stencil.

The conservators have done a wonderful job: the finished sections of the ceiling are already looking revitalized. Returning students can look forward to working in the rejuvenated space and appreciating the beautiful paintwork. 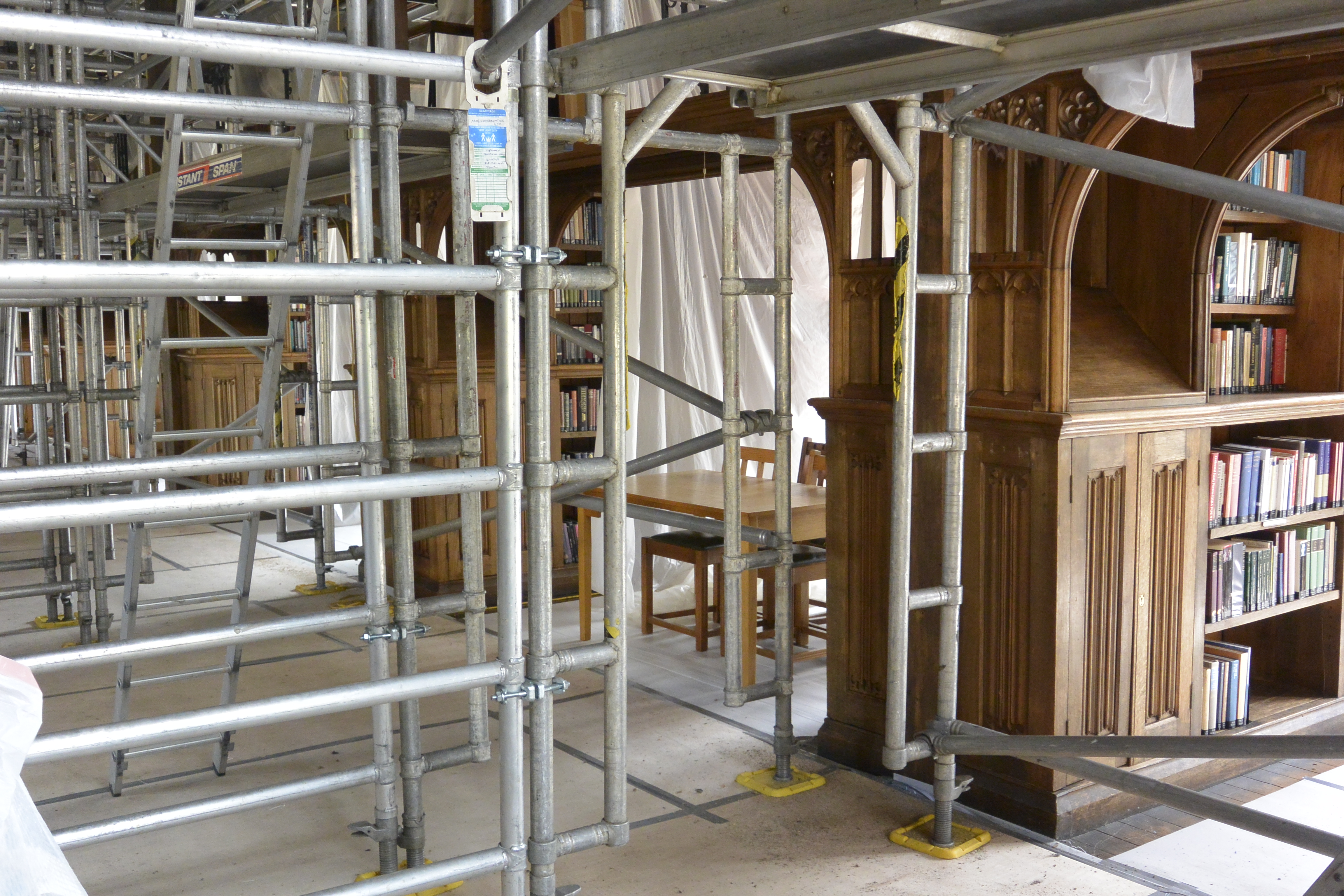 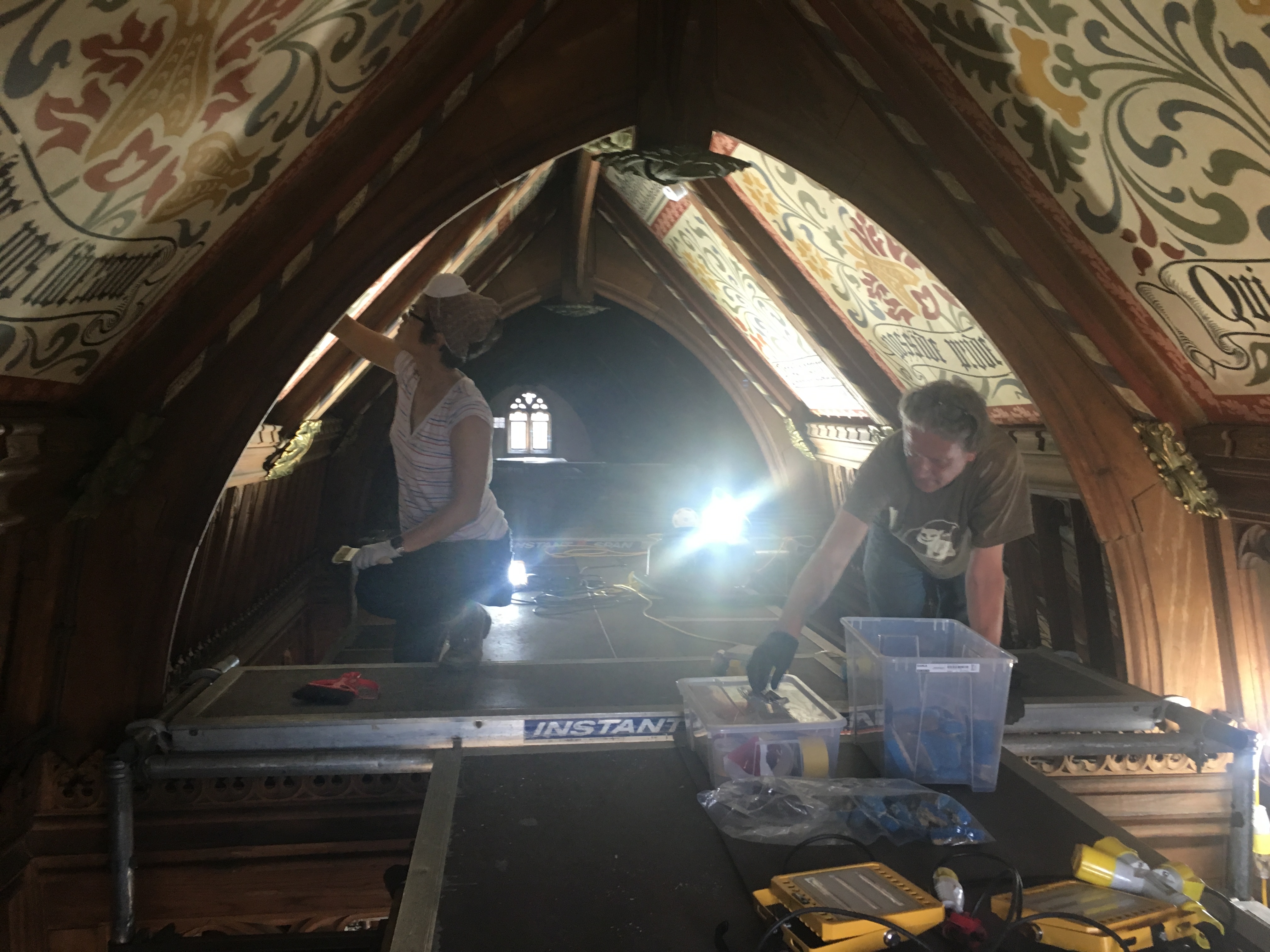 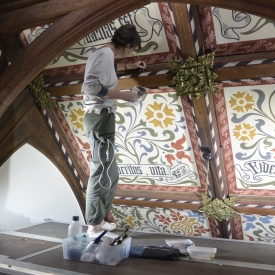