The Fellowship of Mansfield College Oxford is delighted to announce that it has elected Helen Mountfield QC to succeed Baroness Helena Kennedy QC as Principal from 1 September 2018.

Helen Mountfield is an experienced and award-winning barrister specialising in administrative, human rights and education law, and is a member of Matrix Chambers. She is Master of the Bench of Gray’s Inn, a Recorder, and a deputy High Court Judge.

Helen has over 26 years of expertise in constitutional law, human rights and equality law, with particular experience of the higher education sector. She has appeared in many leading cases in those fields at the highest levels. She was leading advocate for the ‘People’s Challenge’ group in the litigation brought in the Supreme Court by Gina Miller and others, which successfully challenged the Prime Minister’s intention to trigger Article 50 of the Treaty on European Union without first obtaining statutory authority from Parliament.

Mansfield sees Helen as an excellent fit with the College’s welcoming and inclusive ethos and its determination to build on its existing success and outreach. (This year, 96% of Mansfield’s offers of UK undergraduate places were awarded, on merit, to applicants from the state sector.)

Mansfield is also delighted that Helen is its third female head of house in a row, after Dr Diana Walford CBE and Baroness Kennedy. This reflects its long history: Mansfield was founded to allow nonconformists to enter Oxford at a time when they were excluded, and admitted its first woman to train for ordination in 1913.

Helen herself is unusual as the head of an Oxford College in that she was educated at a comprehensive school - Crown Woods School in south-east London (which by coincidence is one of Mansfield’s partner schools). From there, she read Modern History at Magdalen College Oxford, where she obtained a first-class degree and was one of the first ‘Target Schools’ officers.  Scholarships enabled her to complete the City University Common Professional Examination in Law, and to pass through the Inns of Court School of Law, and she was a member of 4-5 Gray’s Inn Square before becoming a founding member of Matrix Chambers in 2000, from which she continues to practise as an academic member.

Her interest in human rights, equality and education extends beyond her professional practice. She was co- Chair, with Tom Watson MP, of the Independent Commission on the Future of Work in the Digital Economy in 2016, a member of the Royal Society of Arts’ Commission on Drugs Policy in 2010, and part of the Disability Rights Commission’s review of barriers of access to the professions in 2006. She is a trustee of the Equal Rights Trust and the National Campaign for the Arts, as well as being an Associate Governor of Dr South’s Voluntary Aided Primary School, Islip, Oxfordshire.

Helen is married to Dr Damian Tambini, a Professor at the London School of Economics, with whom she has three school-age daughters.

Baroness Helena Kennedy commented: ‘I am utterly thrilled that such a remarkable woman is coming to lead Mansfield in its next exciting period. Helen Mountfield is a brilliant lawyer, who has had a stellar career at the Bar. She will not only bring her humanity and leadership skills to the role, but she will sustain the important relationship of the College with a project that has been close to my own heart - the Bonavero Institute of Human Rights: just built in the College and led by Justice Kate O'Regan. Mansfield is a very special place and I have had a wonderful seven years with great colleagues and students. Where else in Oxbridge is there an intake of over 90% students from state schools? For me, it is time to return to full-time law, confident that Mansfield is in the best of hands.’

Helen Mountfield responded: ‘I am impressed by the spirit of Mansfield College: an institution founded to broaden access to Oxford in the nineteenth century, visibly and successfully reinventing itself to meet the challenges of the twenty-first. I am excited by the friendly, supportive and inclusive atmosphere; the dedication of the Fellows to high-level teaching, research and pastoral relationships; and the evident enthusiasm of the students for their College and the opportunities it offers them for personal and intellectual growth.

It is a great honour to take over from Helena Kennedy, who has brought such energy to the College, and to support the work of the Bonavero Human Rights Institute, in the beautiful new Hands Building in the College grounds. I am greatly looking forward to joining the College in September, to meeting its members past and present, and to contributing to its future.’ 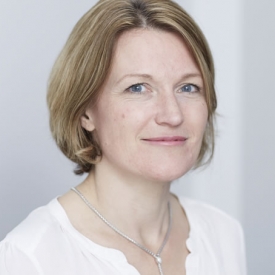