In conversation with Dame Maggie Smith

We are delighted to announce that Dame Maggie Smith has been elected as an Honorary Fellow of Mansfield College.

On Friday 20th October, we hosted Dame Maggie Smith in conversation with Mansfield Principal Baroness Helena Kennedy QC on the conferral of her Honorary Fellowship to the college. The event took place in the Sir Joseph Hotung Lecture Auditorium, inside the new Hands Building, and was packed with Mansfield students.

Dame Maggie Smith has worked extensively in theatre, film, and television with almost every living generation having fond memories of a film or theatre production with a cast which has featured her, from the Harry Potter series (2001-2011) to films such as The Prime of Miss Jean Brodie (1969) and A Room with a View (1985).

Her theatrical debut took place at Mansfield College in 1952 on the site of the Hands Building where she played Viola in an Oxford University Drama Society production of Twelfth Night. 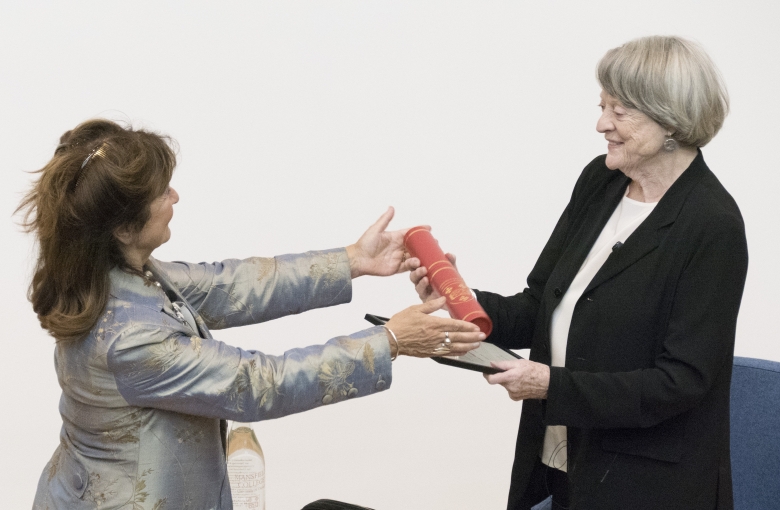 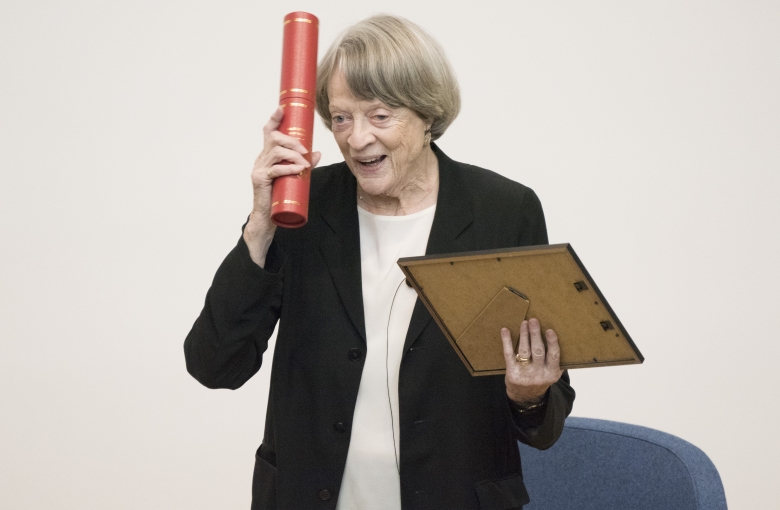 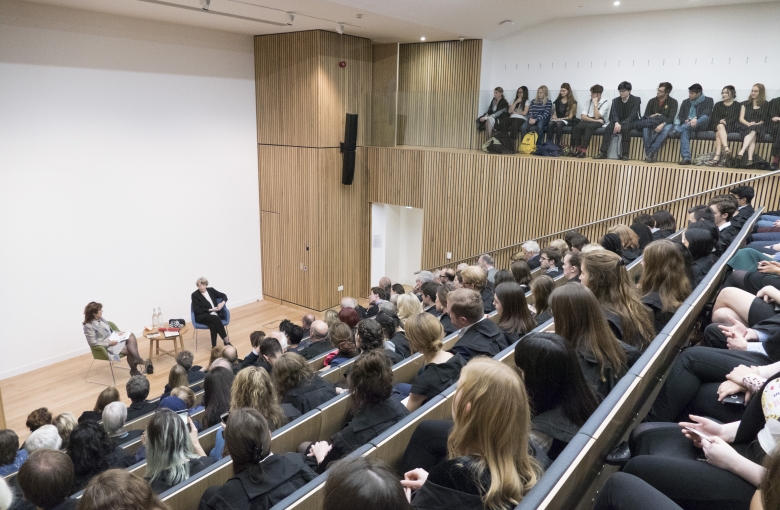 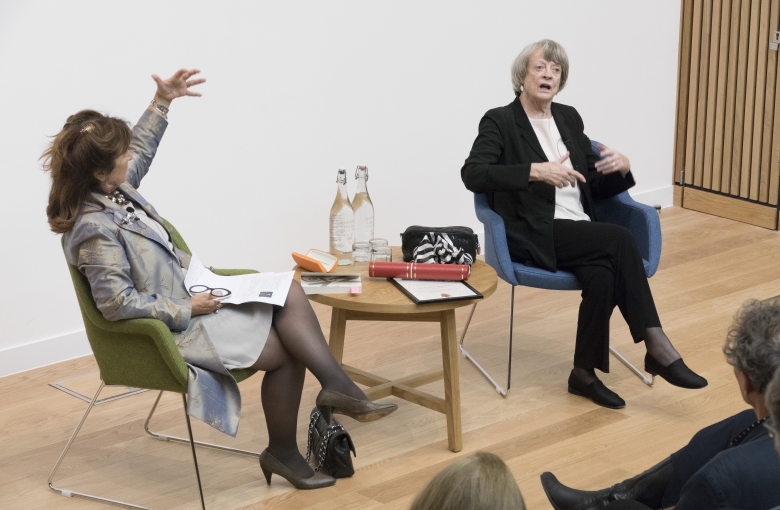 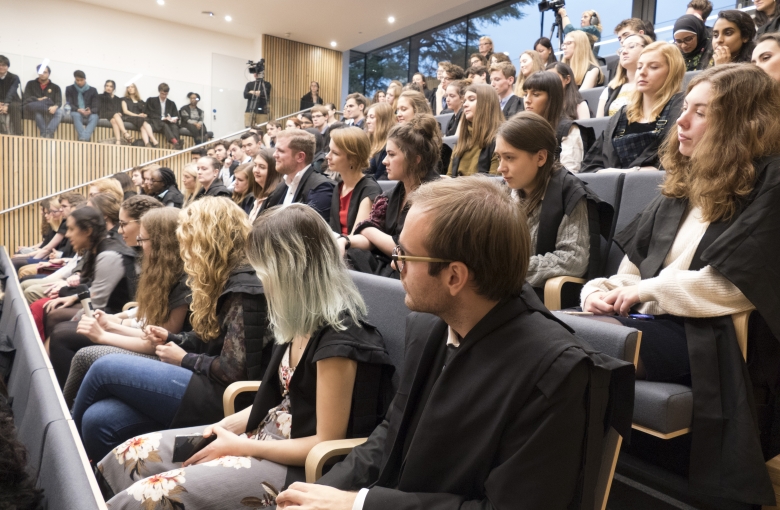 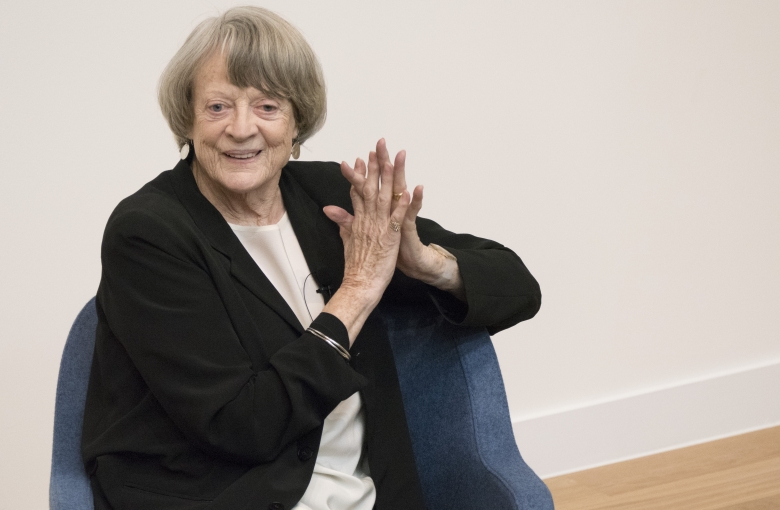 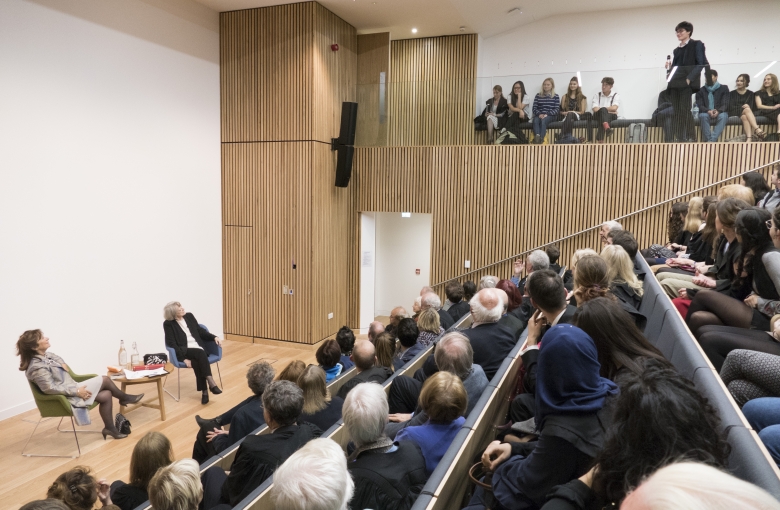 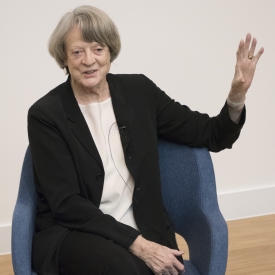