Statistics from Mansfield's most recent admission's cycle have been released. As usual, a high proportion of Mansfield’s UK intake were from state schools (90.6%). Notably, 90.09% of these schools are non-selective.

“As a result of quiet determination and commitment, Mansfield has been a beacon of access and outreach work for more than 20 years. Our state intake has been more than 80% for ten years and more than 90% since 2016.

This year more than 90% of Mansfield state-sector intake is from non-selective schools. In recent years, our students’ performance has also risen consistently. It shows (as we have always known) that cognitive and social diversity do not threaten academic excellence, they enrich it.”

“Mansfield College Oxford, and what it has done to boost state school participation at Oxford, is worth a lot of study & hugely significant for education policy in England” 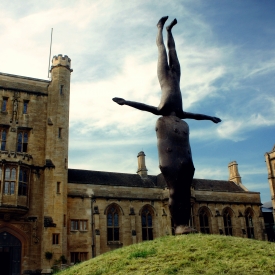