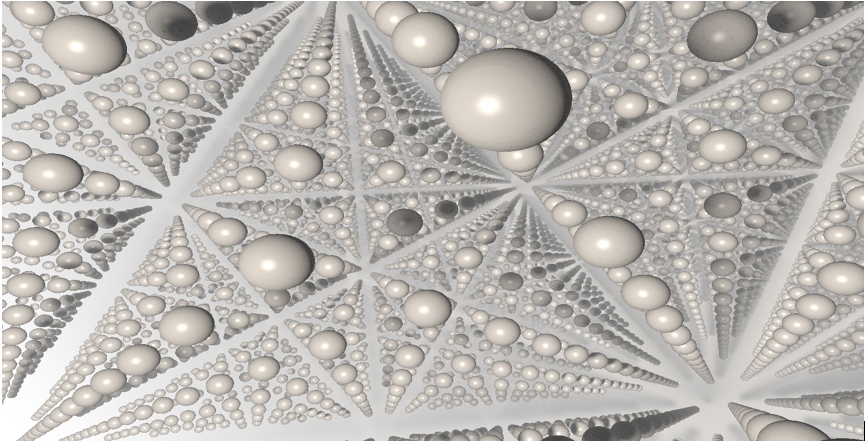 The magnetic properties of solids are due not only to the atoms that comprise them, but the way they interact with each other.  A single of atom of iron does not behave as a magnet, but a piece of iron does, even though you might think that a piece of iron is “nothing but” a collection of iron atoms.  When iron atoms come together inside a crystal (see picture), they do something extraordinary: each atom interacts with its neighbours by a quantum-mechanical mechanism which results in all the atoms behaving like little magnets that point in the same direction.  The net result is a magnetized piece of iron, something that can then magically pick up paperclips, but it’s all due to the interactions between the atoms, not a property of the iron atoms themselves.

Sometimes, however, we want to study the magnetic properties of individual atoms, to find out how they behave without all those interactions.  To do that, we need to isolate them, and one of the best ways of doing that is to arrange them in a crystal and surround them with non-magnetic atoms that isolate them from each other.  If you’ve ever grown crystals in a school experiment, you may well have encountered copper sulphate.  A small piece of copper sulphate is suspended on a piece of string into a jam jar with copper sulphate solution in it.  Over a period of days, a beautiful blue copper sulphate starts to grow.  Inside the crystal are magnetic copper ions, but they are surrounded by some big, bulky molecules (the sulphate ions and some waters of crystallization) and this keeps the copper ions from talking to each other.  They’ve become isolated.

Copper sulphate crystals are only weakly magnetic.  You would only notice their magnetic properties by placing them next to a very strong magnet.  But, in contrast to iron, we can model those magnetic properties by considering the magnetism be due to individual, non-interacting copper ions.  That makes the physical modelling much easier, and allows us to learn about how individual copper ions behave.

However, even though we think the copper ions are isolated and non-interacting, their interactions with each other haven’t been eliminated, just reduced to very low levels.  If the crystals are cooled to around one degree above absolute zero then these weak interactions start to become relevant.  This is fortunate because, otherwise, we would break one of the lesser-known, but still important, laws of thermodynamics: the third law.

The first law of thermodynamics is the famous one that says energy must be conserved.  The second law says that entropy always increases (why your desk gets automatically messier over time but never tidies itself without determined intervention).  The third law insists that entropy must go to zero at absolute zero of temperature.  However, for a set of isolated magnetic atoms each atom would each have the freedom to do its own thing, blissfully ignoring its neighbours, resulting in a multiplicity of different possible states, incompatible with zero entropy.  Thus, at sufficiently low temperature, when thermal energy is scarce, those weak interactions start to become relevant, linking the atomic magnets and making them drop into one collective state, in accordance with the third law.  Thus, however much you try, you’re never in perfect isolation.

Check out the Oxford Quantum Materials YouTube channel, run by the Department of Physics in the University: https://www.youtube.com/channel/UCtZ4lUlasLqmulrMXLNMXhw 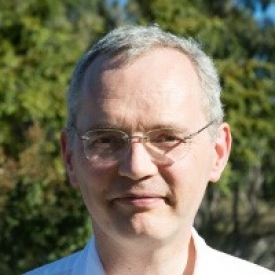