Many religious traditions have seen periods of self-isolation as necessary for spiritual progress (see Jenn Strawbridge’s piece ‘3rd and 4th Century Social Distancing in the Desert’). Certainly, in earlier societies in the Middle East, it would have been hard to achieve much in the way of a transcendent experience in a crowded household or even in a temple. So although Jesus advises his followers to go off to a room alone for prayer (Matthew 6:6), on several occasions in the gospels he is described as retreating to the hill country to pray. In the book of Exodus Moses experiences the divine call from a mysterious ‘burning bush’ while out in the wilderness keeping sheep (Exodus ch. 3). On Mount Horeb, while hiding in a cave from his royal persecutors, the prophet Elijah finds God speaking to him not through mighty natural phenomena such as earthquake, fire, or a mighty wind, but through ‘a sound of sheer silence’ (or as the King James Version puts it, a ‘still, small voice’ – Hebrew qol demamah daqqah [I Kings 19:12]).

Muslim traditions about the life of the Prophet Muhammed describe him receiving the revelation of the Quran from the angel Jibril (Gabriel) during one of his regular times of self-isolation for spiritual reasons. But the two main early biographies of the Prophet differ on the details. The tradition of Ibn Ishaq (in Ibn Hisham, Sira 151-2), notes that it was the custom of the Prophet to spend one month a year (perhaps the month of Ramadan), on Mount Hira near Mecca. Ibn Ishaq’s account implies that the Prophet’s wife Khadijah used to accompany him. An alternative tradition says that Allah gave Muhammed a liking for solitude, and so he used to go alone to the cave of Hira, making ‘taḥannuth’ on certain nights, and returning home from time to time for provisions.

The meaning of the term taḥannuth is disputed even in early sources. Ibn Hisham implies that it is linked to the ancient, pre-Islamic religious practices of the Quraysh tribe that Muhammed belonged to. Ibn Hisham explains it as tabarrur, meaning perhaps ‘abstention from sin’, or as taḥannuf, ‘monotheism’. Ibn Bukhari connects it with the love of solitude given by Allah but also as a synonym for ta‘abbud or worship. Other suggestions in the tradition for the meaning of taḥannuth include tafakkur ‘meditation’, taḥawwub ‘abstention from sin’, ta’alluh ‘devotion to God and feeding the poor’ (apparently from the provisions the Prophet took with him).

Arabic is one of the Semitic language group, whose basic structure depends on what is known as the ‘three-letter root system’. This means that in every Semitic word it is usually possible to identify three consonants that give us a clue to the meaning. In the case of taḥannuth, this could be either ḥ-n-th or ḥ-n-n (ḥ is like a raspy version of an h in English, and th as in breath — in English we write this sound as two separate letters). The ta- prefix of taḥannuth shows we are probably dealing with a noun. Modern scholars have speculated that taḥannuth was connected to terms for making and breaking vows and oaths (ḥanith, ḥinth), and so would indicate that the Prophet had vowed to make a retreat. Another modern suggestion is that taḥannuth is related to the Hebrew term teḥinnah (from the ‘root’ ḥ-n-n), which has the plural form teḥinnoth, ‘supplications to God’. This meaning would still fit the context of the religious practices of the Quraysh. In support of this, the related languages of Aramaic and Syriac have similar terms for supplication, taḥnun and taḥnantha. We know that the Prophet and his compatriots were in contact with local Jews and Christians who used these languages as well as Arabic, and it is possible that such terms crossed between the communities.

We may never discover the original meaning of taḥannuth. Yet the various suggestions, both traditional and scholarly, reflect for us not just musings about philology, but also attitudes towards the purpose and experience of religious self-isolation. 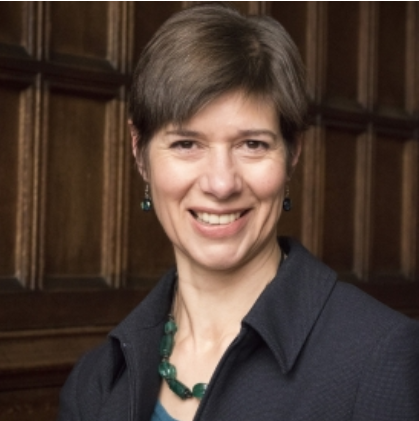 Find out more about Professor Alison