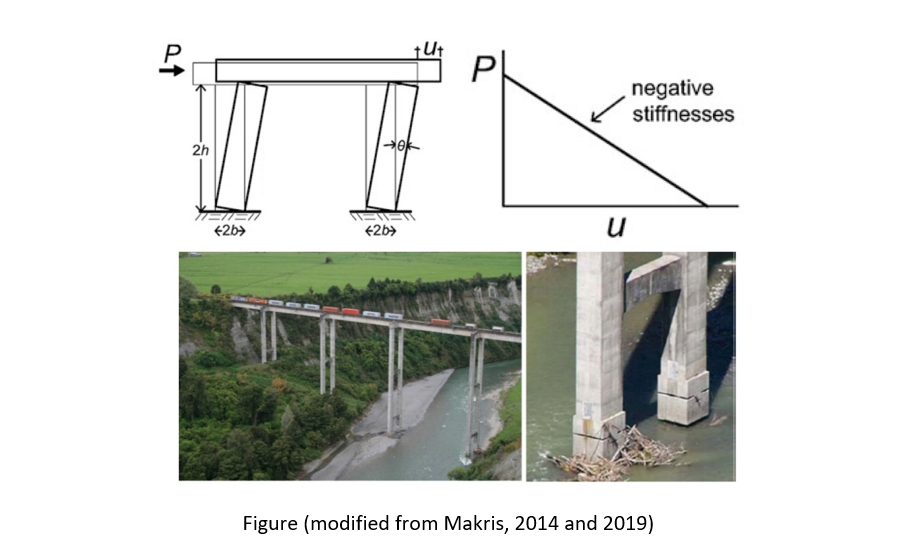 We rely on buildings to isolate us from the outside world. However, sometimes, buildings themselves need to be isolated, to protect them from the vibrations of the ground.

Ground vibrations may occur due to nearby vibrating machines, transportation activities and earthquakes. Earthquakes typically induce larger vibrations in the ground than other sources, potentially leading to building damage. To prevent damage, it is necessary to isolate buildings from the ground they are founded on.

This can be achieved through rocking isolation. A rocking-isolated building is allowed to sit freely on its foundations, without being fixed to the ground. Under the influence of an earthquake, its columns may uplift on their corners and start to rock back and forth (see figure above for a rocking frame). This rocking motion isolates the structure by preventing the ground vibrations from deforming the building. It has the following desirable mechanical properties:

The concept of rocking isolation was invented in New Zealand in the 1970s.  The South Rangitikei Rail Bridge was the first and most daring rocking structure built (see figure above) but rocking isolation is being rediscovered today. Investigations are underway to design and build efficient rocking systems for a range of structures and materials (see the video link below for an example of a timber rocking frame). This presents an important change in earthquake resistant design philosophy; engineers now aim to design buildings where building elements are isolated from the ground and where damage is localised to a few sacrificial elements. Such isolation can help save lives, and limit the soaring economic costs of earthquakes around the world. 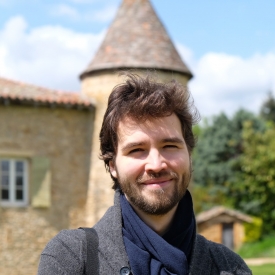