Helen Mountfield QC joined Mansfield College in 2018. Helen is a renowned practitioner and academic expert in constitutional law, human rights and equality law, with particular experience in the education sector. She has appeared in many cases in the Supreme Court, European Court of Justice and European Court of Human Rights, and features on the ‘First Hundred Years’ website, which celebrates the history of women in law. Helen is a founder member of Matrix Chambers, an accredited mediator, a Master of the Bench of Gray’s Inn and a part-time judge in several jurisdictions including the High Court of England and Wales and the Channel Islands Courts of Appeal.

Helen also plays an active role in public policy. She has given evidence to a number of Parliamentary committees, and was co-chair, with Tom Watson MP, of the Independent Commission on the Future of Work in the Digital Economy. She is now a trustee of the Institute for the Future of Work and the Equal Rights Trust as well as being an Ambassador for Frontline Aids. She was a member of the Royal Society of Arts’ Commission on Drugs Policy; and has been a trustee of the National Campaign for the Arts, Birthrights and a school governor.

Helen went to Crown Woods School in south-east London (which, by coincidence, is one of Mansfield’s partner schools). From there she read Modern History at Magdalen College Oxford, where she obtained a first-class degree, directed plays and was one of the first ‘Target Schools’ officers. 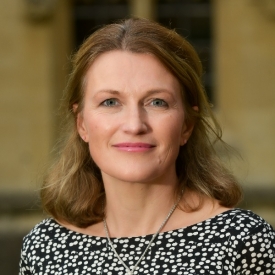