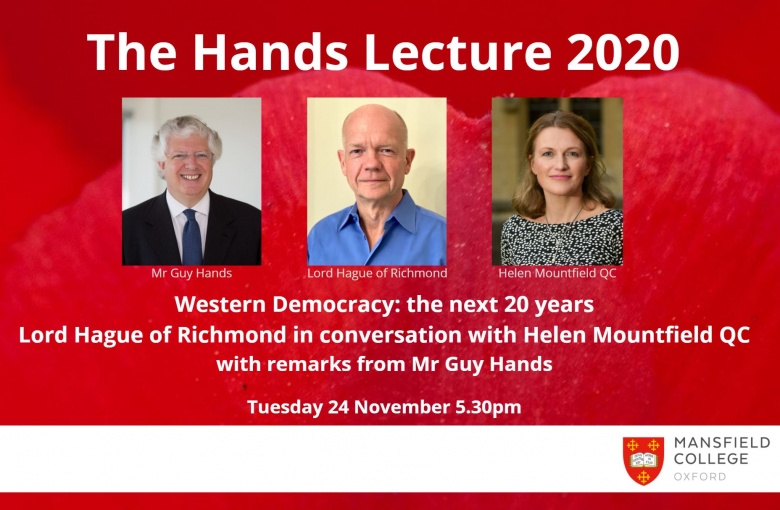 Lord (William) Hague of Richmond will be in conversation with Mansfield Principal, Helen Mountfield QC, on the state of Western democracies – the threats we face, what we might expect from the next 20 years, and what can be done to protect democracy in the face of multiple global crises.

The Hands Lecture is a major annual event for Mansfield, when we invite a leading figure from the world of politics or current affairs to speak at the College, in line with our objective of opening up our diverse academic community to the world. The lecture has been founded by leading supporters of Mansfield, alumnus Guy Hands (PPE, 1978) and his wife Julia Hands MBE.

Where: Online via Zoom 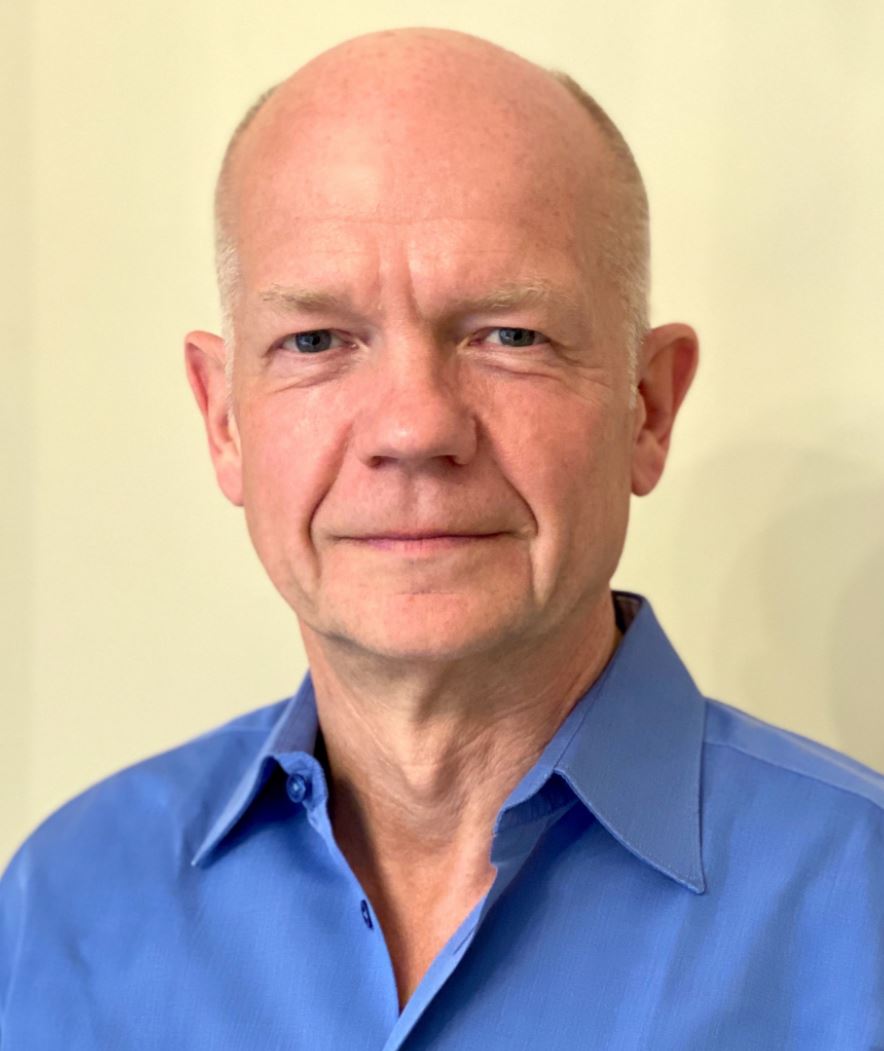 The Rt Hon Lord Hague of Richmond, William Hague, served for 26 years in the British House of Commons until he stood down in 2015. In that time, he served in many senior roles, including Leader of the House of Commons, but is best known as the Leader of the Conservative party, 1997-2001, and First Secretary of State and Foreign Secretary, 2010-2014. He now pursues a wide range of business and charitable activities, and is a well-known writer of historical biographies and newspaper columnist. He has served as Chair of the Royal United Services Institute from 2015 until July this year. Lord Hague has been working closely with the Royal Foundation of the Duke and Duchess of Cambridge for several years, as Chair of the United for Wildlife Transport Taskforce since 2014 and also of the Financial Taskforce since 2018. The Taskforces have brought together over 170 private sector companies to help combat the illegal wildlife trade. He became Chair of the Royal Foundation on 1 November this year. 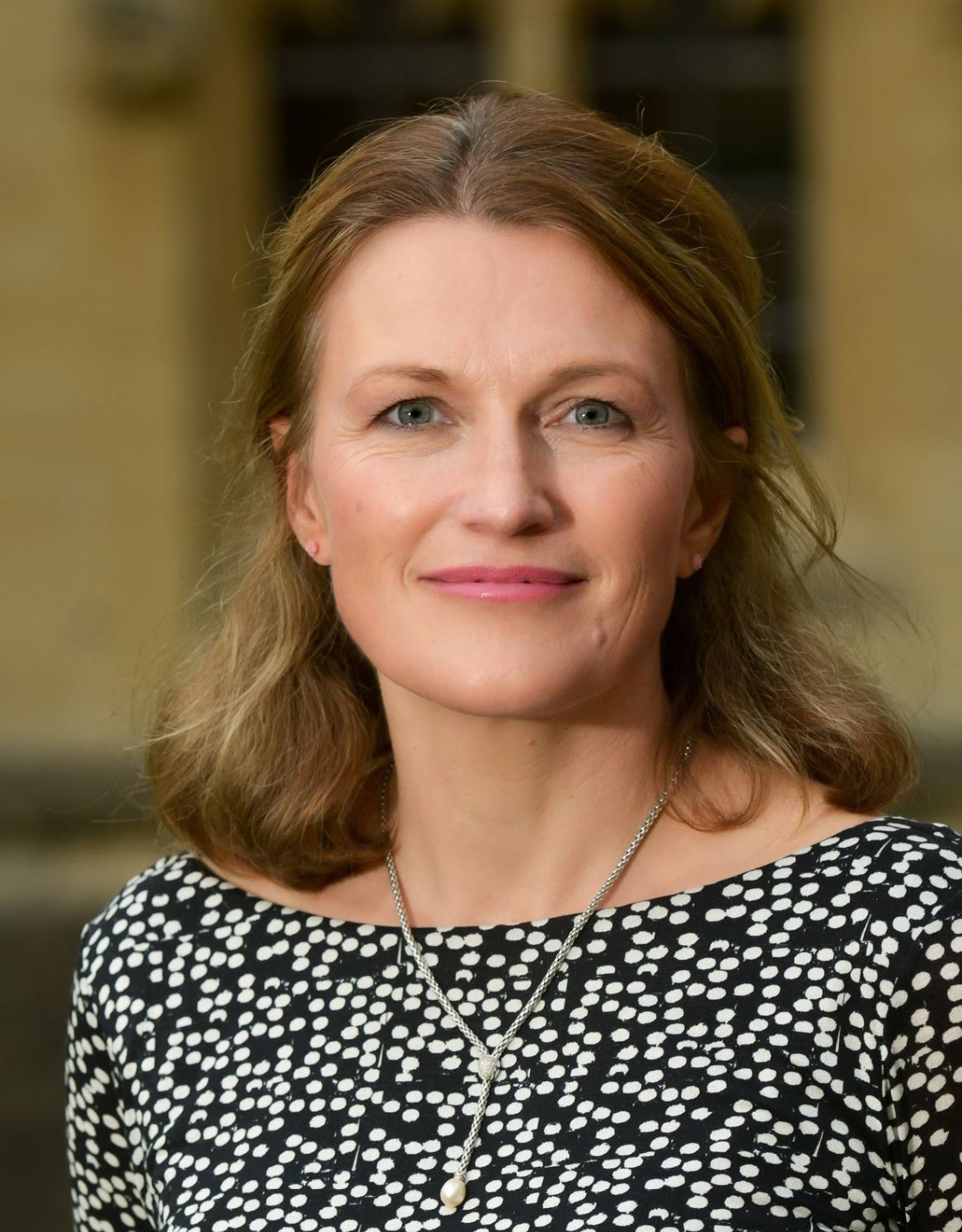 Helen Mountfield joined Mansfield College in September 2018 to become the third consecutive female Principal. Helen is an experienced and award-winning barrister, with 26 years’ expertise in constitutional law, human rights and equality law, including particular experience of the higher education sector. She has appeared in many cases in the Supreme Court, European Court of Justice and European Court of Human Rights, and recently featured on the ‘First Hundred Years’ website, which celebrates the history of women in law. Helen is a founder member of Matrix Chambers, an accredited mediator, a Master of the Bench of Gray’s Inn, a Recorder and a deputy High Court Judge. 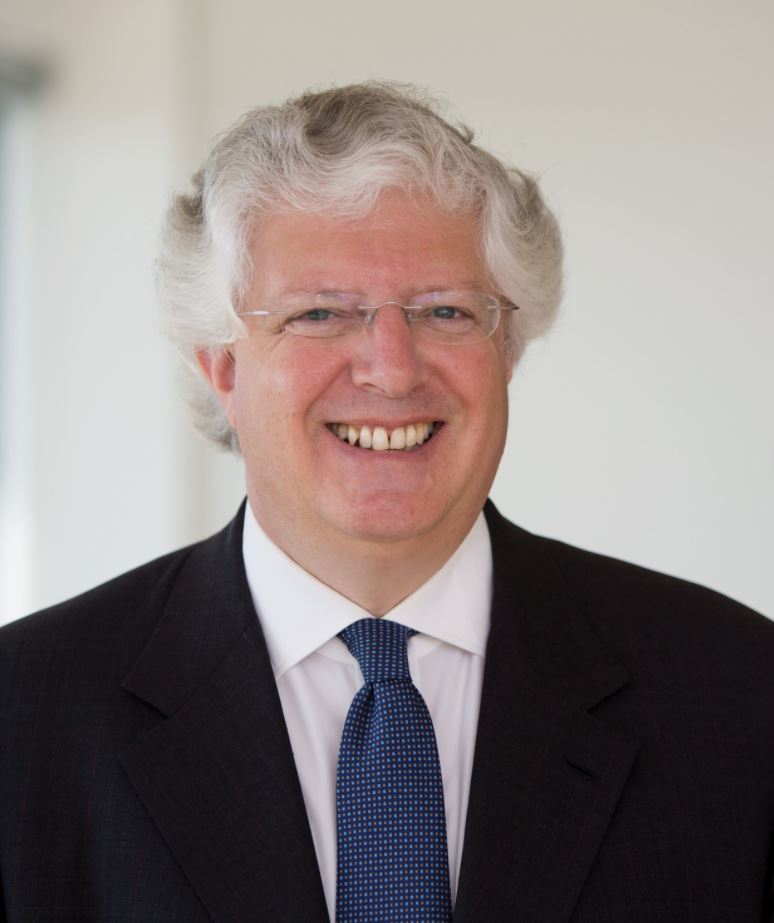 Guy started his career with Goldman Sachs International where he went on to become Head of Eurobond Trading and then Head of Goldman Sachs’ Global Asset Structuring Group.

He left Goldman Sachs in 1994 for Nomura International plc, where he established the Principal Finance Group (‘PFG’). PFG went on to undertake ground-breaking deals involving trains, housing and pubs, among other areas, using securitised debt to finance acquisitions.

He was elected a Global Leader of Tomorrow by the World Economic Forum in 2000 in recognition of his achievements. In 2012, Guy was named the 20th most influential figure in Private Equity International’s ‘100 Most Influential of the Decade’.

A Mansfield alumnus, he has remained closely involved with College, generously supporting our groundbreaking work to widen access to the University of Oxford for over two decades. Guy is a Bancroft Fellow of Mansfield College and supports the college’s Annual Hands Lecture. He is also a member of the University of Oxford Chancellor’s Court of Benefactors. Additionally, Guy is a Fellow of the Duke of Edinburgh’s Award Scheme.