Doing Community in Isolation: Mosques, Mecca and One Direction

Global lockdown threatens something of an existential crisis for many Muslims.  How do you do Islam when mosques are closed and pilgrimages to Mecca are suspended?  Whereas some religious traditions can offer us the experience of isolation experts such as hermits or anchoresses, the Prophet Muhammad himself is reported to have said ‘there is no monasticism in Islam’.  On the contrary, community is so central to the tradition that Sunni Muslims named themselves after it: Sunni is short for the Arabic phrase Ahl al-Sunna wa al-Jama’a, meaning the People of Custom and Community.  It is the jama’a that comes together for prayers in the mosque five times a day and most importantly on Friday, yawm al-jum’a, literally the day of coming together.  That weekly gathering of course pales in comparison to the millions who travel annually to Mecca for the Hajj, another Pillar of Islam that is as much about our human relationships to one another as to God.

Today the Call to Prayer that echoes from many mosques has an added line: ‘pray in your homes!’  People are now livestreaming Friday sermons, typing pious responses of ‘ameen’ into chat while a river of emojis floats by as the only reminder of the invisible jama’a.  If there is a congregation on screen, it consists of a few solitary-looking figures standing the prescribed two meters apart while modelling a new uniform of masks and gloves.  None of the familiar jostling to stand shoulder-to-shoulder, or children weaving between the lines, or hearty kisses on the cheek, or banknotes quietly slipped into the hands of the needy.  Instead, an emoji of a prostrating monkey floats across the screen.

If you’ve read Alison Salvesen’s piece on ‘Isolation and Revelation’, you know that Islam actually began in a moment of solitude, like other great revelations in prophetic tradition.  Unlike our current isolation, however, the Prophet Muhammad’s retreats to a cave were occasional, brief, and graced with at least one visitor – the angel Gabriel.  Perhaps a better Qur’anic parallel happened in another cave, where several lads and their dog hid for 300 years to escape a crisis.  Luckily for them, they miraculously slept through it all.  Unluckily though, by the time they came out their money was no good.

So Islamic tradition doesn’t seem to give us a lot to work with when it comes to isolation.  And as many Muslims now begin a month of fasting – without the usual alternation of daytime fast and evening festivities – this may be the hardest Ramadan of their lives.  But while fasting is no fun in isolation, it is associated with the cultivation of a social virtue that is just as important as ever in times of Corona: solidarity.  This has often been a key element in Muslim thinking about community, as is evident in the impressive scale of global Islamic charity networks.  Social scientists often use the word ‘identity’ to talk about these imagined bonds between people, but identity is too flat a concept if it is just about group labels.  Something we see embodied in Islamic ritual is the notion that solidarity with a wider community – whether we see them or not – is about identifying with a common purpose or direction.

The idea of maintaining a ‘Virtual Quad’ for the dispersed community of Mansfield College reminded me of the classical Islamic notion of ‘the People of One Direction’ (Ahl al-Qibla).  Much like the boy band brought together by Simon Cowell to compete on X Factor, what makes an effective community is the direction we are all going in.  For Muslims this is partly literal: even when alone, everyone prays facing the same direction (qibla).  That direction is of course toward the Ka’ba in Mecca; a function of the Hajj pilgrimage being to instil in Muslims an inward orientation even after they return to their homes.  Perhaps the Mansfield Quad is not only a social space but also a qibla by which we orientate ourselves toward the purpose we still share, wherever we are.  A qibla that we hope to circumambulate again soon. 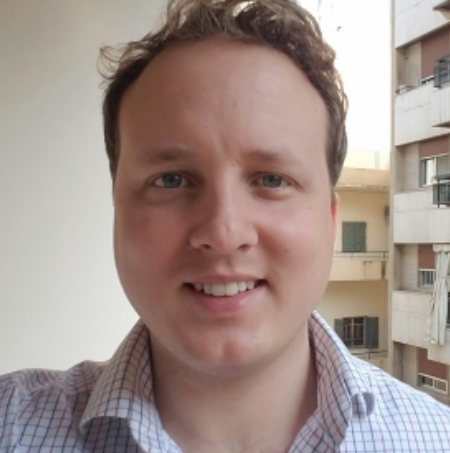