You're Mansfield: The Alumni Online Hub

Welcome to this online hub of resources for you, our valued Mansfield community, to make use of at this difficult and challenging time of covid-19.

Alumni have always been at the core of Mansfield’s community, and we want you to know that no matter the length of your time here, or how long it has been since you left, strengthening the bond and benefits you have with your College family is at the forefront of Mansfield today and going forward.

As a valued member of our community, we would like you to feel that we are with you, in any way we can be, at this unprecedented time and while we are unable to see you in person. Therefore, please let us know at development@mansfield.ox.ac.uk if there is anything you would like us to add to this hub. Equally, we would love to hear from you with any of your Mansfield memories, ways we might be able to help you reconnect with Mansfield friends, or simply please get in touch with us simply to say hello!

Mansfield hosts a lively and engaging series of free public talks, every Friday of term from 5.30pm.

While we are unable to welcome you in person, we are delighted to bring you these talks online and a full list of upcoming talks is available on our events page.

As we could not be together at College for our planned events in June, we created three new films for Mansfield alumni, which we hope you will enjoy.

Over the coming weeks, we will be populating this section with some of the great stories you have been kindly sharing with us. We hope you enjoy this trip down Mansfield memory lane... 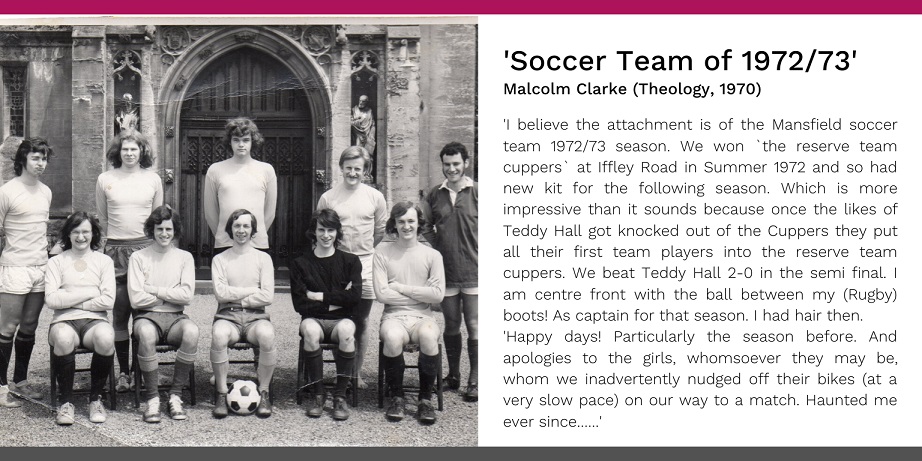 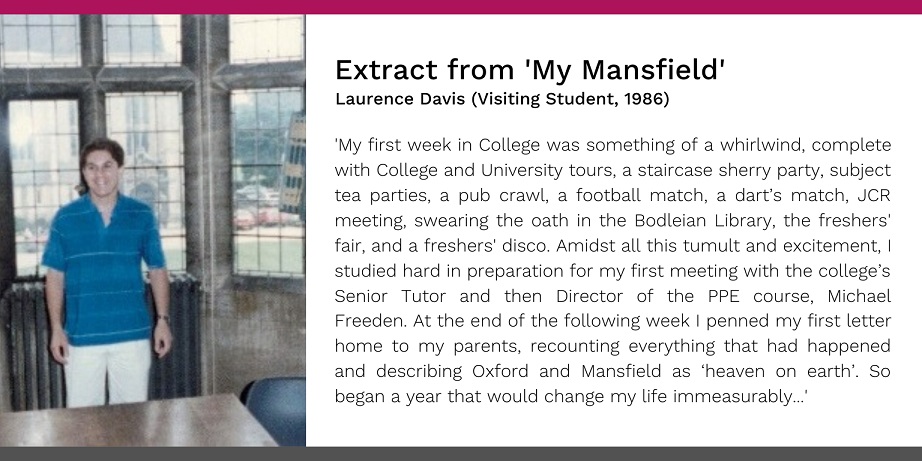 Dr. Laurence Davis (DPhil, Oxon) is a Visiting Fellow in Politics, and College Lecturer in Government and Politics at University College Cork. To read the full piece, please click here. 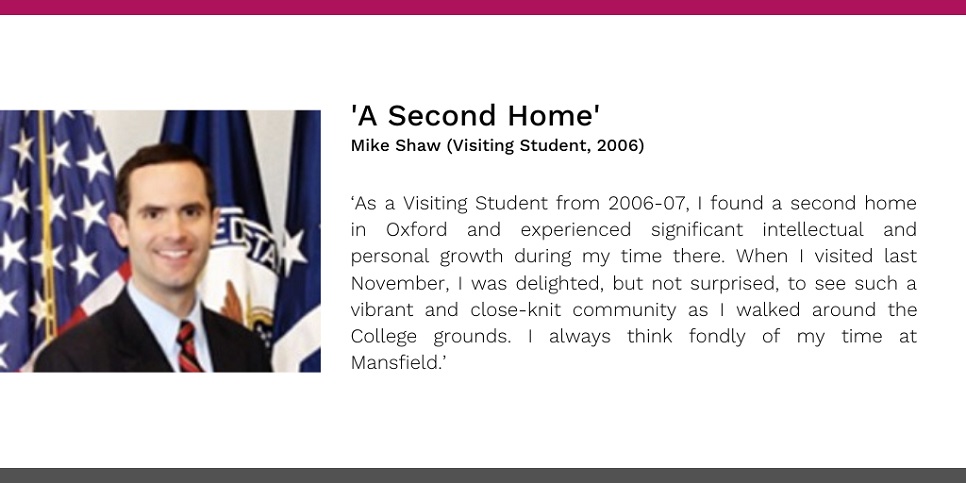 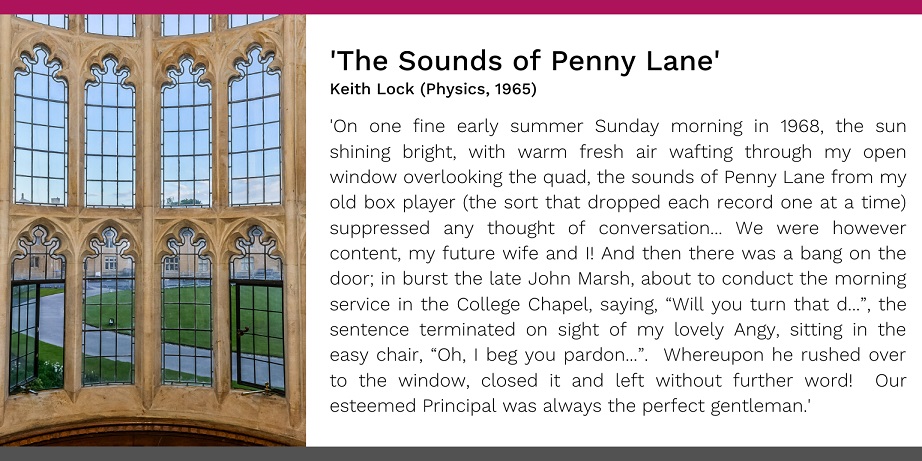 We would love to hear from you too. So, please dig out your College photos, share your Mansfield memories with us, or let us know which song takes you right back to your time at Mansfield. We look forward to hearing from you at development@mansfield.ox.ac.uk.

Which track takes you back?

Do you have a song which takes you straight back to your time at Mansfield? Get in touch to let us know what it is and why.

'Chris M was largely responsible for all the Diana Ross in 1980.  My vote would be for Bobby Bland's 'Ain't No Love in the Heart of the City', chanted around the giant waste hoppers that had been dragged out into Mansfield Road, or maybe I was just hallucinating as I passed by...'

'There are many tracks that take me back, but top of the list has to be ‘Come on Eileen’ by Dexy’s Midnight Runners, closely followed by Relax from Frankie Goes to Hollywood.  Both got played repeatedly all over College and with volume turned up to maximum, the beat of the bass line on Relax tested the foundations of the College Buildings.'

'The track that takes me back to my Mansfield days is 'Golden Brown' by The Stranglers. It seemed like it was being played in every room, pub or disco throughout my first year. Every time I hear it now the memories of being a fresher come flooding back.'

'The music I remember from 'B' Staircase in 1980 was Joy Division's 'Love will Tear us Apart', Phil Collins' 'In the Air Tonight', Ultravox’s 'Vienna' (all these played with the bass up full), and strangely a lot of Diana Ross, 'I’m still waiting'. 'C' Staircase was Bruce Springsteen’s 'Born to Run'. In the second year, I shared a house and when we had company we danced synchronised to Police's 'Every Little Thing She Does is Magic'. Lots of Elvis Costello, The Jam, Simple Minds (I saw them at the Apollo in Oxford, a memorable evening as I dropped my camera into the loo), Duran Duran (at parties, the boys would dance with scarves tied round their heads and pretend to be Simon Le Bon) and The Clash's 'London’s Calling'! Also, a bunch of us lying in the dark, on the floor in [a friend's] room while he played us Lorraine Ellison singing “stay with me Baby” at top volume.'

'Oddly enough, my track is Earth, Wind & Fire’s 1978 hit 'Dancing in September', despite the fact that I was at Mansfield four decades after it’s release! It was extremely overplayed at Burning Down the House, an 80s funk/disco night that my friends and I attended religiously during our years at College. If there was some kind of video montage of my time at uni, this would definitely be the soundtrack.'

To add your Mansfield track to the list, please get in touch at development@mansfield.ox.ac.uk.

Place yourself back at Mansfield for your video calls, with our photo of College: 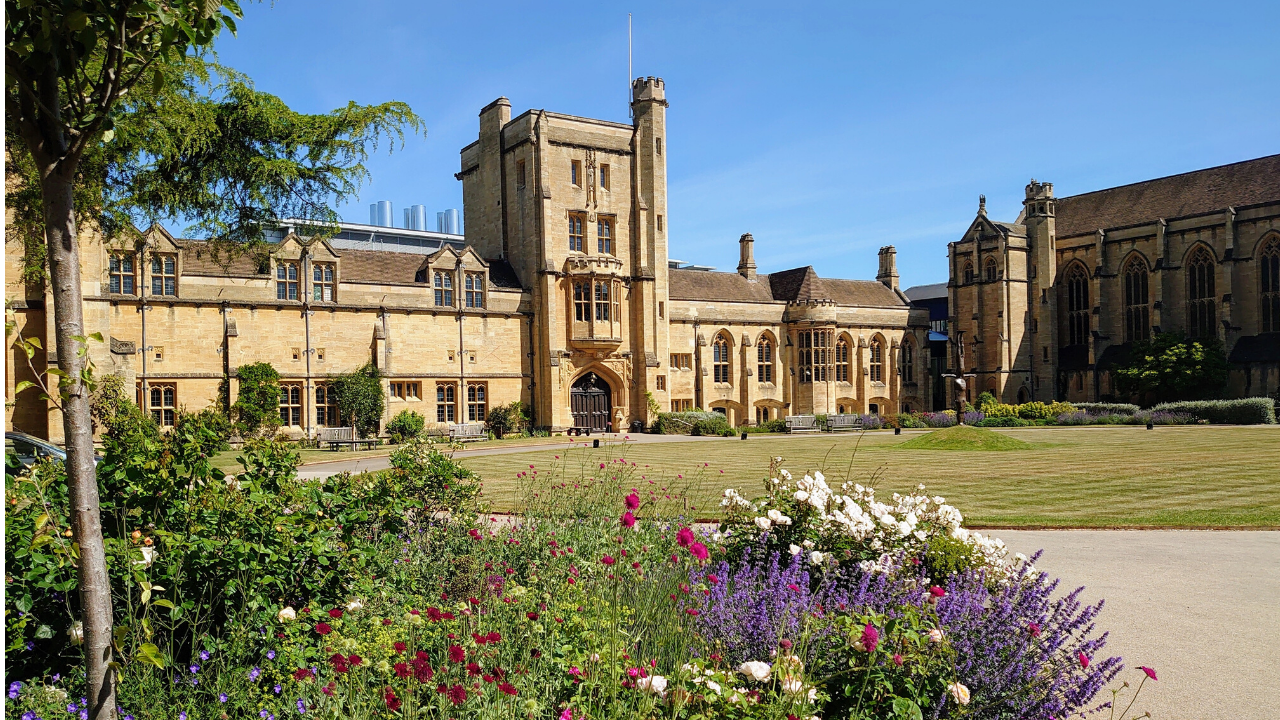 Learn some Oxford Birds while in Lockdown

Watch Dr Andy Gosler's short video, featuring 31 species of bird local to Oxford, with habitat and song, to help you learn to recognise the bird songs you hear: https://ewatlas.net/digital-heritage/learn-some-oxford-birds-while-lockdown.

Dr Gosler is Supernumerary Fellow in Human Sciences and Tutor for Welfare at Mansfield. 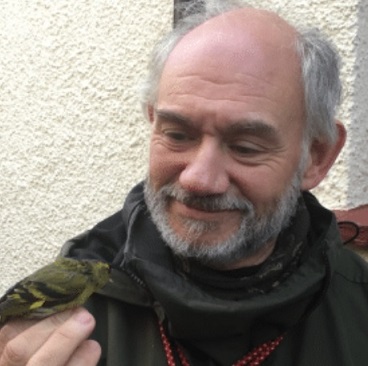 At the beginning of Trinity Term 2019, we asked Deems, then a third year Physics student, if he would be create a new composition for College. Listen to 'Always Forward' and hear how self-taught Deems was inspired to take up the piano. 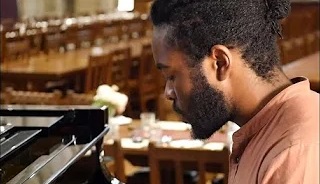 Mansfield students have been getting creative over the Easter location. Here's Jenny Scoones' shoe box Crypt cafe bar, which we think looks great! For anyone who has not been to Mansfield in the last few years, why not take a virtual tour and see the Crypt.

'Gardener' - a Poem by Maya Little

There are very few still on-site at Mansfield to see the stunning gardens in full bloom. This beautiful poem, by finalist Maya Little, reminds us of the fantastic spaces that gardener, Tom Edgar, and his team have created over the last few years. 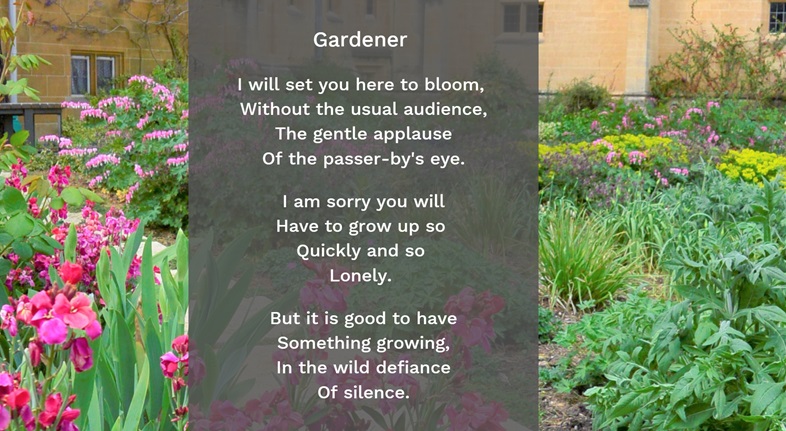 Student, Oliver Farquharson, brilliantly created the Anthony Gormley statue 'Present Time' recently! Here it is next to the real thing...

When Mansfield alumna Tilly Slight lost access to her usual ceramics studio, she started making these miniature ceramic pots at home. The process involves them being handthrown on a miniature wheel, then fired in a microwave and an unfired miniature kiln which has granular silicon carbide inner coating. You can see more of these on her Instagram page. 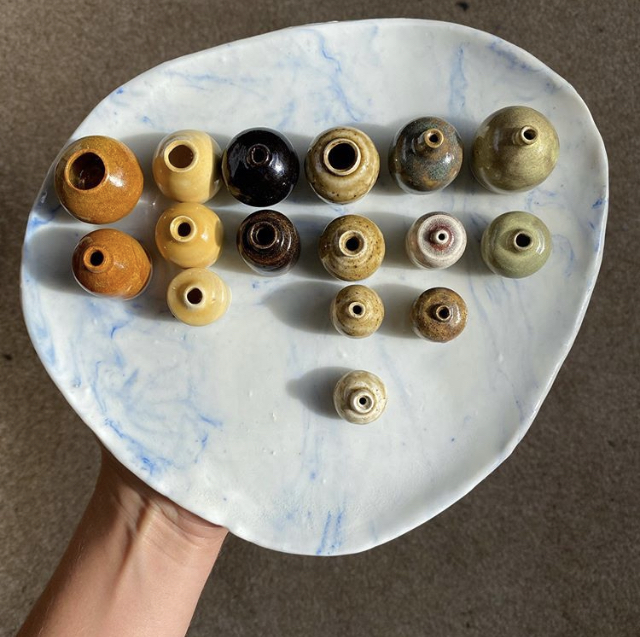 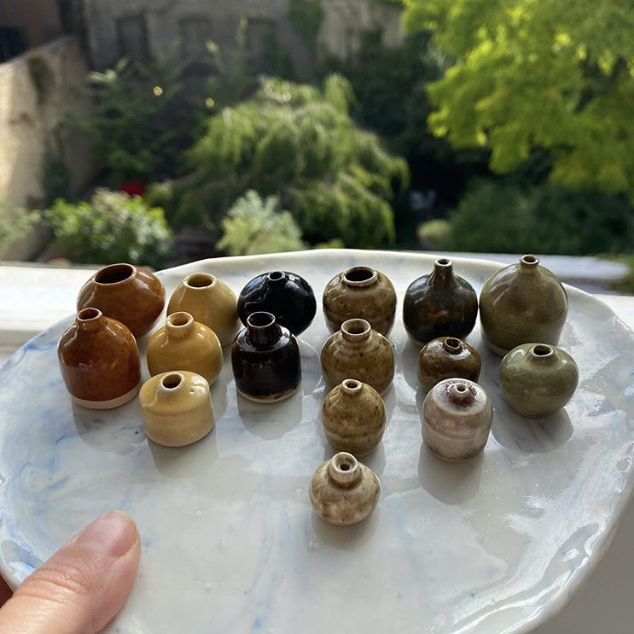 Want to create your own Mansfield? Take a look at completing our online jigsaw (please click on the image below). 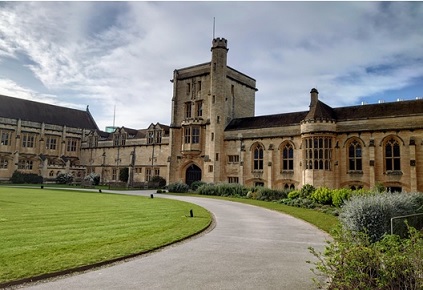 Usually at this time of year, our Outreach and Admissions staff are on the road with some of our tutors and students, visiting schools and colleges, talking about studying at Oxford, and giving tasters of the subjects we offer.

We can’t do that just now, so we have started here a series of articles, linked by the common theme of social isolation, to give you an introduction to our subjects and the tutors who teach them. We hope our alumni will enjoy reading about our research, and that you will be reminded of the subjects you used to enjoy.

We are adding new voices to this conversation every day or two. If you enjoy them, let us know on Twitter, and pass them on to anyone you know who might enjoy them too. 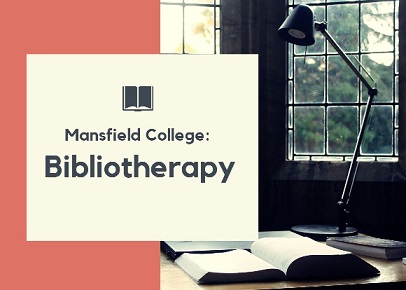 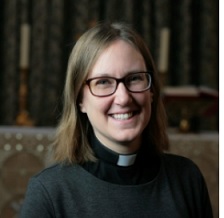 Top Tips for Working at Home

We've been asking our colleagues and students to share their top tips for working at home. Here are a few highlights... 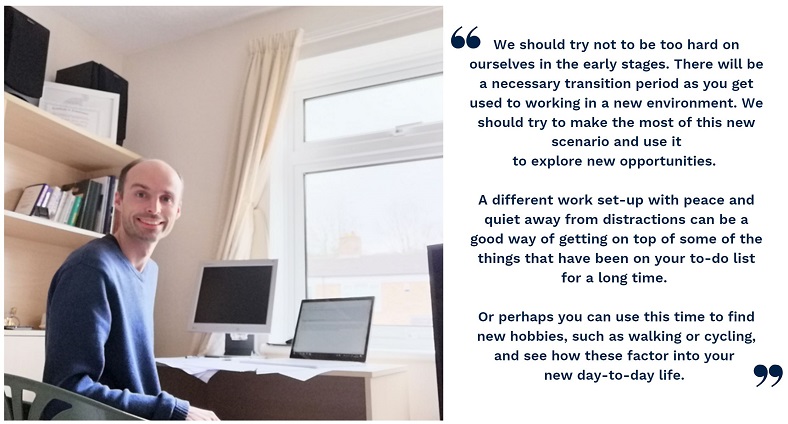 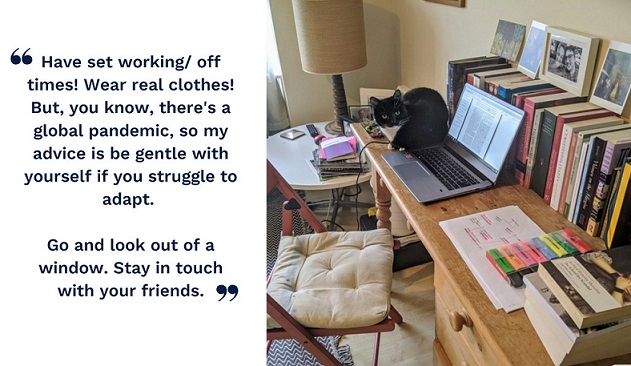 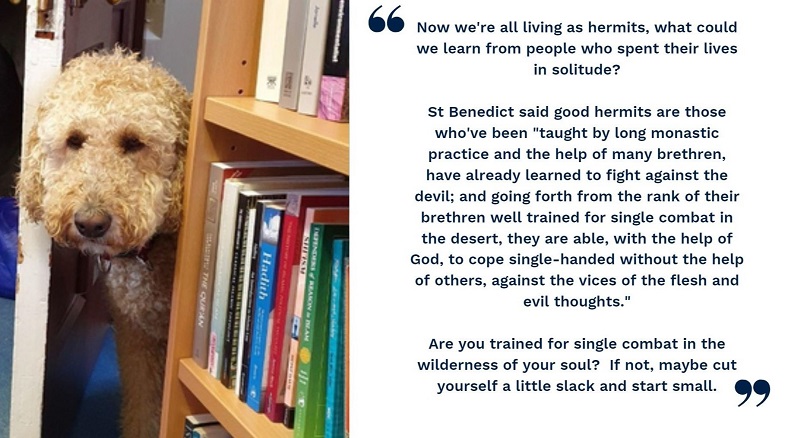 As well as supporting students, Fellows and College staff during this challenging time, Greg Jennings (Mansfield's IT Manager) has been putting aside his laptop to bake in his spare time. His creations were just too good not to share... 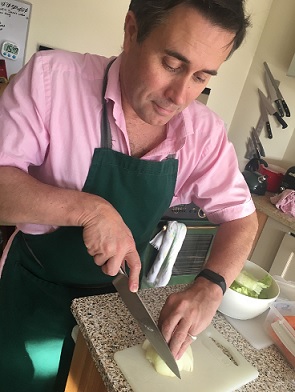 A message for Mansfield Alumni from Principal Helen Mountfield QC...

We miss you! Take a virtual tour of Mansfield... 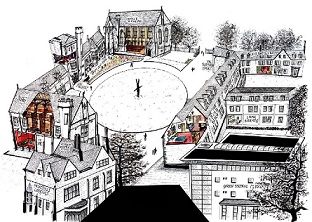 Check out our virtual events... 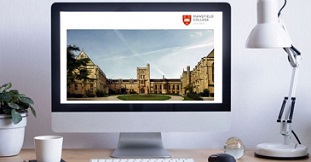 Meet the team and say hello! 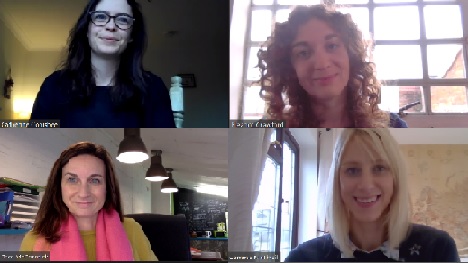 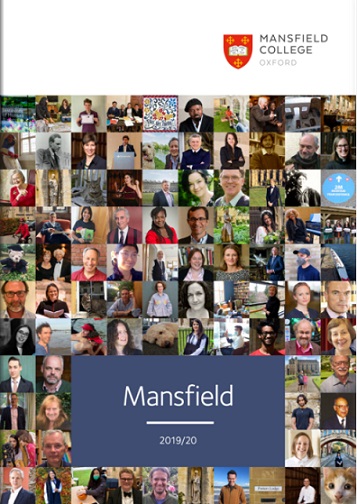