In the Beginning (as one great physicist once said), Light was created, along with equal amounts of matter and anti-matter. This is because the universe started as an empty vacuum (which turns out to be much more complicated than “nothing,” but that’s a topic for another time). So, in order to keep things balanced, if you produce a bit of matter, you also need to produce something that could annihilate with it to get back to a vacuum: anti-matter. The problem is that this annihilation should have largely happened at some point and the universe should be pretty much empty… a truly lonely place, where the light produced by that annihilation wanders a vast universe on its own. As it is, we’re here, and we don’t see huge chunks of anti-matter lying about (both a good thing!). Therefore, at some point in the very early universe, an imbalance between matter and anti-matter must have developed so as to allow something to survive to today. Ask any physicist how and why this happened, and their answer will be quick and easy to understand: we don’t know. It constitutes one of the biggest mysteries in science. However, we do know something of the underlying physics conditions that are necessary for it to happen, thanks to Russian physicist Andrei Sakharov, who was himself isolated from society by the Soviet Union for his peace activism (for which he won the Nobel Peace Prize in 1975). Sakharov laid out the requirements to avoid an empty universe over 50 years ago.

The Sakharov conditions are as follows: 1) “Baryon number violation,” which allows for protons and neutrons (which make up atoms) and their corresponding anti-particles to be able to appear and disappear. But that doesn’t create an imbalance by itself, so you also need 2) something called “C and CP violation,” which allows the rates of those appearances and disappearances to be different for anti-particles. Finally, the universe must be 3) “out of thermodynamic equilibrium,” which means it cannot be in a situation where the nature of interactions keeps things the same. The universe must change. That last condition is the only one we’ve observed: it’s the Big Bang and the subsequent expansion of the universe. Baryon number violation has been looked for and not found. C and CP violation have been seen in the interactions of quarks, which make up the proton and neutron, but not enough has been seen to explain things. So where is it happening?

Enter the most solitary particle of all, the neutrino: a particle that barely interacts with anything. Neutrinos are produced in nuclear decays, supernovae, the Big Bang and are one of the most abundant things in the universe, but they barely see the universe. This special kind of isolation from common interactions makes them particularly challenging to even detect. Yet this particle has already thrown up a wealth of surprises. Neutrinos have extremely small masses, though the Standard Model says they shouldn’t have any. There are 3 types of neutrinos that seem to exist in “mixed stated,” which allow them to transform into each other as they travel, though we don’t really understand why they mix as they do. The observation of that last property, based on looking at neutrinos from the Sun, earned my last experiment, the Sudbury Neutrino Observatory (SNO) the Nobel Prize in 2015. Now there is a suspicion that neutrinos might also be able to fulfil the last of the Sakharov conditions. There are already strong hints that they violate C and CP symmetries and they are the only fundamental particle that could potentially have the ability to transform into their own anti-particles, as well as transforming into other types of neutrinos. If that were the case, then there is a secret back door available in the early universe, when conditions were extremely hot, that would allow an imbalance in neutrinos to propagate to the protons and neutrons, thus meeting all of the Sakharov conditions! Searching for evidence of neutrinos flipping to anti-neutrinos is the main goal of my current project, SNO+, a modification of the original SNO experiment. It will involve looking for an extremely rare radioactive decay that would be made possible by this transformation. It is an incredibly challenging effort, which several other groups are attempting as well, and which could take many years to find, depending on how quickly this decay happens. But this esoteric study could reveal one of the biggest answers of all: how the universe managed to survive cataclysmic annihilation and emptiness, to let us be here together to ponder neutrinos in the first place! 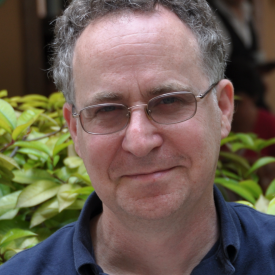